Funnier Ways to Say “Sent From My Smartphone” 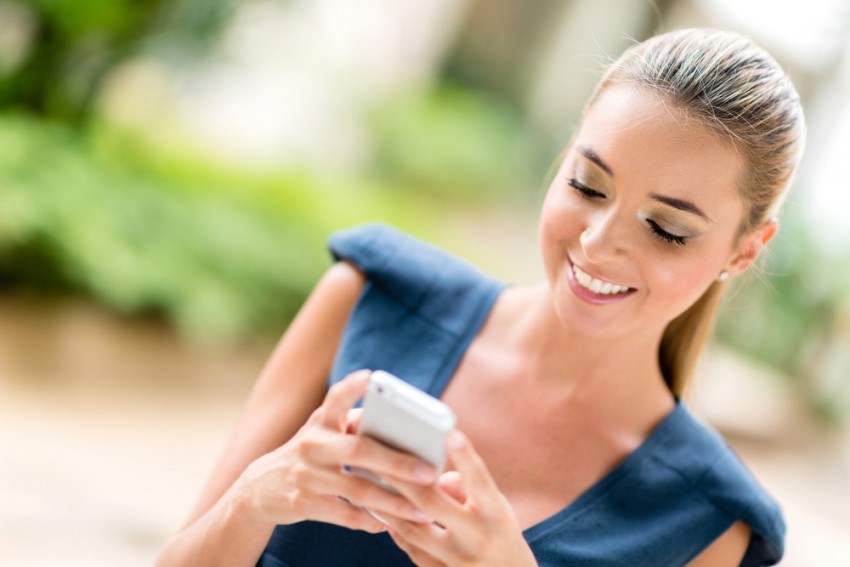 You’ve received plenty of emails that ended with “sent from my iPhone” or another mobile email signature.

Whatever your opinion of these generic signatures, they do serve a purpose. When communicating with clients and business contacts via mobile, you may end up sending emails with typos or formatting errors.  Your message may be brief and sound abrupt, versus friendly.

A mobile email signature lets people know why. You’re sending from a smartphone!  Ah … that explains it.

However, there are more creative ways to tell your contacts that you’re using a mobile device to communicate with them. Some business people have figured out how to have a little fun with those mobile email taglines.

Certain smartphone features, such as autocorrect and voice recognition, are meant to make your life easier. But at times  they do just the opposite. Your colleagues and clients can likely relate to these issues, so making a note about them in your signature can be both helpful and funny.

Ivana Taylor of DIY Marketers has an email signature on her phone that reads, “Excuse any typos – darn autocomplete!”

And Mike Blumenthal of Local University, has a mobile signature that accomplishes a similar task, while placing the blame on a different smartphone feature.  It reads, “Sent from a typical smartphone. If this is illiterate, it’s the voice recognition’s fault.”

Missy Ward, co-founder of Affiliate Summit and FeedFront magazine, also pokes fun at the potential for typos.  Hers reads, “Sent from my iPhone.  Random auto-corrects and typos are my special gift to you.”

Sometimes it isn’t the phone’s fault. Sometimes it can just be more difficult to communicate on the go or with such a small device.

Matthew Goldfarb of Corporate Renegade has a signature that jokes, “sent from my almost always misspelling iPhone.”

Becky McCray, co-author of Small Town Rules, contributes one used by Sheila Scarborough, of Sheila’s Guide. It says, “Sent from my phone;  if there are typos I will still be quite annoyed at myself.”

Even Small Business Trends’ own Chief Operations Officer, Staci Wood, has joked about creating a mobile email signature to highlight her minimal smartphone knowledge.  She said if she could figure out how, she’d change hers to: “Apologies for any spelling errors – sent from my stupid ‘smart’ phone.”

Having Fun With Siri

Siri, in case you’re not aware, is the voice-enabled command prompt and answering feature that Apple calls “the intelligent personal assistant.”  It’s available on the latest iPhones and iPads. Some people like to have fun with Siri in their email signatures on their iPhones.

Deborah Shane, branding consultant, has an email footer that reads, “Sent from Siri, My Personal Assistant.”

Small business author and all-around funny guy, Barry Moltz, also has fun with Siri. His reads, “Sorry so short … the keys are small on the iPhone 4S.  Uh, oh..there are no keys. Maybe Siri can help.”

Just because you have a smartphone with access to email doesn’t necessarily mean you should have to respond to every single thing right away.  Ramon Ray of SmallBizTechnology.com has a mobile signature that says, “from my phone (hopefully not while I’m driving or with my family).”  It pokes fun at the over-reliance many Americans have on their mobile devices. But it also lets contacts know that there are times he may not be able to respond right away.

Brent Leary, technology analyst, conveys that he’s an equal-opportunity technology user. His tagline says,  “Sent from my BlackBerry, … or iPhone.., or iPad… or… well you get the idea … .”

But you don’t necessarily need to be specific about which device you use, for people to get the point. You can simply make a joke that lets people know you’re sending the email from your mobile device.

“Sent via carrier pigeon,” or “Sent from my rotary phone,” or “Sent from my payphone,” let people know that you’re communicating on your phone. But you’re making a joke about technology that isn’t misconstrued as snobby or exclusive.

On the other end of the spectrum, “Sent from my iPhone because I’m better than you,” or “Sent from my $400 smartphone,” poke fun at using certain mobile devices as status symbols. Just be aware that sarcastic email lines can be misinterpreted as gloating if others don’t “get” your humor.

What Mobile Email Signature Do YOU Use?

Have you come across any funny mobile signatures? Or do you use one yourself? Share it in the comments below – we want to hear!

Annie Pilon is a Senior Staff Writer for Small Business Trends, covering entrepreneur profiles, interviews, feature stories, community news and in-depth, expert-based guides. When she’s not writing she can be found exploring all that her home state of Michigan has to offer.
72 Reactions
Subscribe
Follow @smallbiztrends
RSS LinkedIn Pinterest iTunes