Is Social Media Still an Enigma? 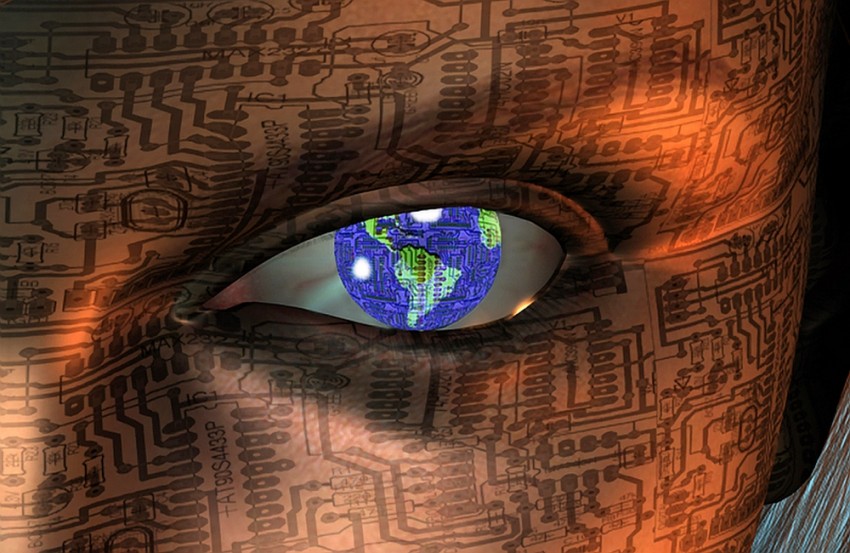 Social media has been around the world for one reason or the other. With the birth of Facebook and Twitter, it remains ubiquitous and the most powerful source of communication. It is changing how the institutions are engaging citizen’s right from journalism to business.

However, the key question lies with its effect on global development.

In a Ted talk on how social media can make history, Clay Shirky, an academic at New York University argues that:

The history of the modern world could be rendered as the history of ways of arguing, where changes in media change – change what sort of arguments are possible – with deep social and political implication.

Clay Shirky’s work focuses primarily on the increasing usefulness of different networks. According to Shirky, until social media, there have been four major periods where the media has changed enough to be truly revolutionary and social media may be number five:

Shirky says new technologies are facilitating new sets of cooperative structures to show a way of getting things done in science, arts, business and many other platforms. His biography describes his work.

Jillian York at Harvard University’s Berkman shared her viewpoint for Internet and society. In one of her interviews, she talked about how social media became the victim of the Egyptian government. Egypt’s government had not only successfully disabled Twitter but also had succeeded in limiting the access to Facebook, Google and Yahoo to crush political unrest.

Although it is not the first time that a government blocked Internet access, Egypt’s actions caught the attention of the entire world. Jillian York also pointed out that:

Prior to this incident, the Egyptian government had blocked only minimally: Opposition sites, but no social media or international news.

The government does not have a central control point for the Internet, which means it must rely on being able to force ISPs (Internet Service Providers) to comply.

As a result, Egypt had been gradually avoided, especially in the business community. As the Egyptian government also targeted Twitter and shut down the use of mobile phone networks and Internet communications, people were having real-time difficulty in accessing Google or YouTube services.

Access to social networks and mobile phone networks had been completely disabled in response to the growing public protests for the incident in Tunisia, when a 26 year-old graduate killed himself when police seized his fruits and vegetables for selling without permission. Likewise President Hosni Mubarak, former President of Egypt, also disabled the Internet, social network sites and even mobile phone networks when protesters took to the streets in Egypt. The government immediately deactivated Internet service to reconcile the situation.

When Hosni Mubarak resigned, the Observer spoke about the Twitter revolution, they pointed out the use of Facebook, Twitter, YouTube and Google Docs in unprecedented ways. Social networking had played a crucial role during the modern day activism, especially pertaining to Arab Spring.

In Arab countries, activists in the Arab Spring used social media as the primary tool to express their thoughts in relation to the unjust acts committed by their government. Through the social networking sites, the Arab Spring activists not only gained the power to rebel against powerful dictatorship, but also helped the Arab civilian become aware of the underground communities.

Similarly, China confronted a massive earthquake in 2009, which was immediately reported to Twitter and other social media sites before the government knew anything about it.

In countries like Tunisia, Egypt and Yemen, numerous voices of the protests had been organized through social media such as Twitter and Facebook. Check out one such important protest in Arab Spring’s cascading effects.

Therefore, social media has successfully torn the psychological barrier of fear by supporting people to connect and share important information. Hussein Amin, a professor of Mass Communications at American University in Cairo, said:

Social networks, for the first time, provided activists with an opportunity to quickly disseminate information while bypassing government restrictions.

Silke Von Brockhausen, a social media specialist, New York, USA coordinates UNDP’s global social networking community and trains the staff and managers in the use of social media. She is interested to learn about the effective ways to use social media for the development of advocacy and making the international development community more transparent.

Thus, social media is an incredible tool that should be embraced with an eye towards development – rather than demolition.

William Johnson belongs to the most creative field of digital media - web design. He is currently an Editor at Big Eye Deers and he is obsessed with the latest trends in ecommerce, SEO and social media analytics. He has been a regular contributor to leading online portals such as SEMrush, Small Business Trends and SocialMediaToday.
11 Reactions
Subscribe
Follow @smallbiztrends
RSS LinkedIn Pinterest iTunes