What is Siri? And Does Siri Have Competitors? 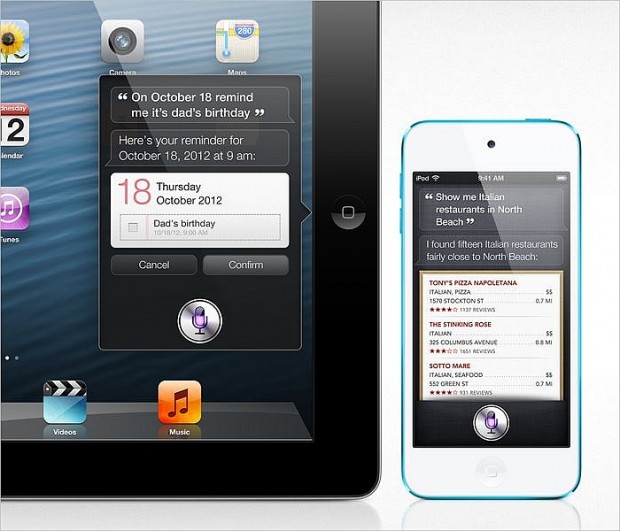 If you own a recent iPhone or iPad, you know what Siri is.  For those who don’t, we’re going to briefly explain Siri, including what it does, and some alternatives to Siri.

Siri is the name of a module for voice commands on Apple devices.  Siri lets you control the iPhone with your voice.  You can ask Siri questions using your voice — without typing.  Siri answers in a human-sounding voice, also.

You can use Siri to search the Web, send emails, find text messages and read them to you out loud, post social media updates, make phone calls, and even set up appointments or reminders.  You can also use Siri as a dictation device to dictate notes you want to remember.

Because of those types of activities, Apple calls Siri a “personal assistant.”  Siri is built into recent-model Apple devices so there is nothing for you to download.  It’s already available.

Apple says that you don’t need to talk slowly or pronounce things carefully — you can speak in a natural voice.  There’s no need to “teach” it — although like most voice recognition programs it does get better the more you use it, as it does learn to recognize your speech patterns.

Siri was launched with a media campaign that featured Samuel L. Jackson in one commercial (embedded below).  At first, while Siri was still a novelty, people wrote about it and used it.  But after a while, the romance with Siri soured.  people found that it wasn’t 100% accurate.  One report put accuracy at under 70% in delivering correct responses.

The way it works is that your requests and commands to Siri are uploaded to Apple servers somewhere, interpreted, and then a response comes back to you.

Some companies, like IBM, at one point banned Siri on privacy and security grounds, because it’s not clear what happens to the queries and whether they are saved by Apple.

There are alternatives.  These are considered two of the best:

Our take:  while Siri and other mobile assistants hold promise, they aren’t at the point where they can be relied upon 100% of the time with 100% accuracy.  However, if you are looking for a way to be more productive in your daily work, these mobile assistants can cut down time.