Whether you use texting or social media for your business communications, you know there are downsides to both. Telecom companies charge fees for texting added to your overall mobile phone package. Social media leader Facebook has begun selling ads and sponsored posts. This means it’s much harder to reach your customers without paying extra.

Even though Twitter has only begun to sell advertising, increasing traffic and “noise” on the site has made it tougher to focus your message and get it heard.

Enter WhatsApp, a mobile messaging app that is growing in popularity and may offer an alternative to both.

Download WhatsApp to your smartphone and you can message any other connection that’s using the service. You can invite other business contacts to join you on WhatsApp by sending out invitations to your Facebook, Gmail and other connections.  You can also take advantage of social features like group chat that create a similar experience to the way users communicate on Facebook or Twitter.

WhatsApp does all this without charging monthly text messaging fees like your mobile carrier. The service also doesn’t sell or display ads and developers say they have no plans to start.

Instead, iPhone users are charged a one-time installation fee of $.99 to download the app. Users on other operating systems including Android, BlackBerry and Windows get a one year download free with a $.99 per year charge after that for the service. 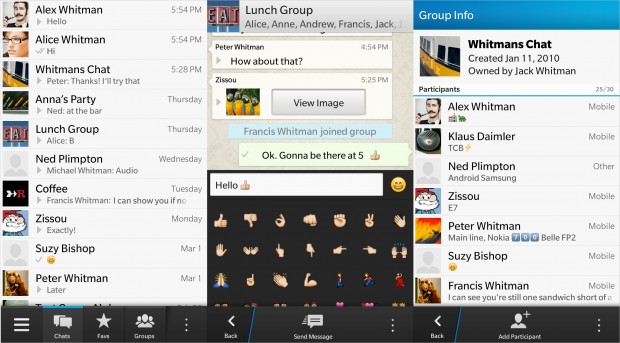 Business Insider reports founders Brian Acton and Jan Koum, both former Yahoo! engineers, have already made millions on their app despite the low annual fee for most users and a refusal to sell advertising.

Well, the company told the Wall Street Journal last week, it now has an estimated 250 million monthly active users. That number may put it ahead of Twitter which announced passing 200 million active monthly users in December. It may also mean the service is gaining on Skype which owner Microsoft claimed had reached 280 million users in October.

At $.99 per active user per year, it’s not hard to see how WhatsApp has raked in the profits in the four years since it was founded.