New Lumia Smartphone Has Largest Screen of Any Nokia 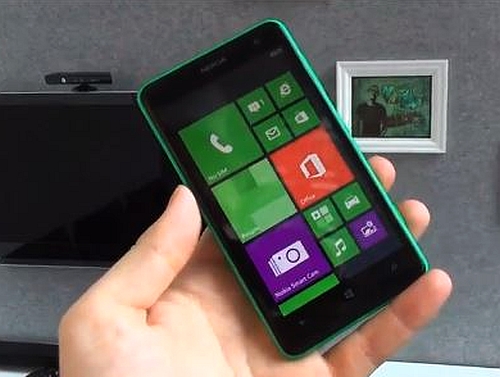 Your business needs a smartphone. But you aren’t ready to pay the price hanging off some of the more ballyhooed models available today. Fortunately, your options are opening a bit.

This week Nokia unveiled the Lumia 625 set to reach markets in Europe, China, Asia Pacific, India, the Middle East, Africa and Latin America by September. There’s no word yet on when it will be available in the U.S. But other Nokias released in emerging markets have eventually found their way here, so no worries.

Lumia 625: Not a Flagship Phone

Though not a flagship phone, most notably because it packs only a 5 megapixel camera, the Lumia 625 does have several things to recommend it.

At 4.7 inches, the Lumia 625’s LCD screen is the largest on a Nokia phone ever. The display is bright enough to be easily visible in daylight and the phone comes in an attractive pallet of colors: orange, green, yellow, white or black.

The Lumia 625 is also a Windows phone running on Windows 8 with Amber updates of new features included, important to many business users.

Most attractive, of course, is the price. The phone is being introduced at 220 euros (just under $300 if offered in the U.S. market, Computer World estimates.)

At that price and with available features, the Lumia 625 makes an attractive introductory phone however, reports Mat Smith of Engadget in a video overview below.

No Need to Wait

Fortunately, if you’re located in the U.S., there is no need to wait for the Lumia 625. Another Lumia phone will be available at an even lower price by the end of the week.

AT&T will introduce the Lumia 520 for $99.99 to customers of its prepaid GoPhone wireless service beginning July 26, CNET reports.

Like the Lumia 625, the phone also runs on Windows 8, carries a 5 megapixel camera, and comes in a variety of colorful shells.