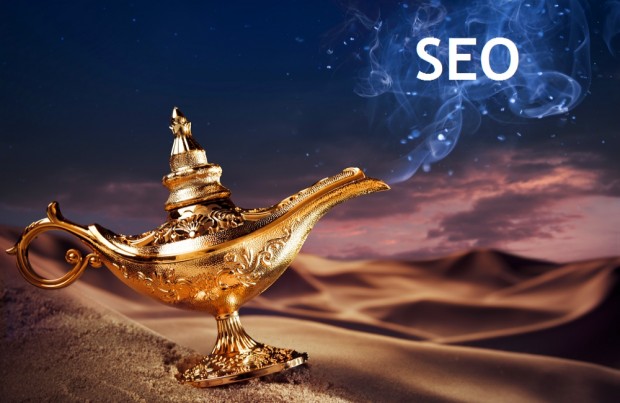 The SEO industry is wrought with folklore. Much of what is said doesn’t come with the evidence to back it up. Granted, we’re not immune to truisms of our own, and sometimes it’s not a bad idea to put intuition first. But there’s a difference between truisms or ethical stances and opinions masquerading as facts. I’d like to debunk a few SEO myths today, so let’s get started.

1. Links Are the Most Important Ranking Factor

This is the one SEO myth that gets said so often everybody accepts it as truth. It’s so ubiquitous that I wouldn’t be surprised if we accidentally found ourselves saying it at some point in the past. Links are just so crucial and so hard to earn that we tend to think of them as the most important ranking factor.

The truth is very different. Relevance is the most important ranking factor. Take a look at the latest compilation of ranking factors from Search Metrics: 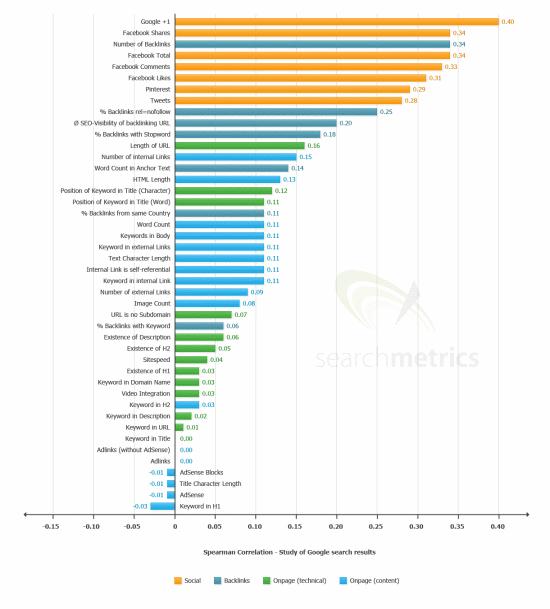 Not even close. The correlation was zero, because across thousands of searches, the top 30 search results all had the keyword in the title. There was no correlation because it was a prerequisite to rank in the top 30.

It’s simple. To get traffic, Google needs to fetch your page as a match to the query before you even show up. Having the keyword present in your content, preferably in the title, is by far the most important factor.

Not to mention, take another look at those ranking factors. Google +1’s correlate with rankings better than links and Facebook activity is tied with the number of backlinks. In fact, Search Metrics reached the same conclusion back in 2012. This is just correlation, not causation, but keep in mind that that’s just as true for link data.

2. Bounce Rate is a Ranking Factor

This SEO myth comes up a lot more often than I would ever expect and it’s completely false. Matt Cutts has flat out said that Google does not use bounce rate as a ranking factor, nor do they use analytics data.

This should be rather surprising, considering that Google can, in fact, easily tell if you have clicked back from a search result and how much time you’ve spent on the site. So maybe they don’t use bounce rate, but instead use time on site before returning? This quote from Matt Cutts suggests that’s also unlikely:

Bounce rate doesn’t measure quick answers you get. You get the answer and leave, so it isn’t a good metric for Google to use.

A more convincing argument is that Google uses “pogosticking” to infer user satisfaction. In other words, if a user clicks on your page, leaves quickly and then clicks on a different page and stays on it for a long time – then that user probably wasn’t very satisfied with what you had to share.

More importantly, Google has a large collection of other user behavior metrics, some of which they are almost certainly using:

Not to mention the growing collection of Google+ and signed in user data. Click-through data is likely used as well.

But not your bounce rate.

So why is it that some people swear by domain age as such an important ranking factor?

Undoubtedly, older domains are more likely to have accumulated links over time. They have been around long enough for more user data to be taken into consideration and their competitors have had more time to get punished or demoted for guideline violations.

In other words, when domain age seems important, it’s really because stronger ranking factors have been influenced by the domain’s age. Just having an old site isn’t going to benefit you. But having a site that has proven itself consistently for extended periods of time is another thing entirely.

SEOs can often find themselves obsessing over domain authority, especially during competitive analysis. In reality, we don’t even have strong evidence that there is such a thing as domain authority. At the very least, it is loosely defined and defined differently by everybody that uses it. We’ve used this terminology ourselves, but really it’s just a way of generalizing the potential of your internal links.

This is actually identical to the correlation for the number of linking root domains with partial match anchor text among page level factors. Again, 25%.

Is there any reason to suspect that what we call domain authority is anything more than the power of internal linking?

In my experience, I haven’t seen any data to suggest that domain authority exists in any meaningful sense. I’m more inclined to believe that internal links are essentially as helpful as external links.

If you come across a competing page on a high domain authority site, all you really need to do is look at the links to that page, whether they’re external or internal. Treat the host domain just like any other.

In other words, if the competing page just has one link from the home page, all you would need to do is get a link from a page with more authority than their home page and you’d have them beat.

I’m simplifying, of course, since there are so many other ranking factors to deal with, but as far as “link juice” goes, I’ve never seen any evidence to suggest you should think about it any other way.

5. The Best Way to Grow Traffic is to Boost Rankings

And finally, we come to a foundational SEO myth that might shake some SEOs right to the core.

We strongly believe that it’s important to improve your ranking potential with inbound links, relevance, purposeful content and many other factors, but rankings are not the only way to increase traffic.

I’ve successfully made the front page or the top spot enough times to realize that my traffic estimates for keywords are inconsistent at best. Google’s keyword tool is a poor guide and the only way to accurately estimate traffic is to buy PPC ads and pay enough to show up every time. Since it takes tremendous resources to improve your rankings for competitive keywords, you can end up pouring a lot of wasted effort into a single ranking.

A less risky way to grow traffic is to continue investing in promotion while producing content for relatively low competition keywords. When promotion fails to improve my rankings, I often find it more useful to just move on and produce more on-site content.

You want to have a system that chooses keywords with relatively high traffic potential with little or no promotion for that individual piece, as well as writers and developers who can put together the best piece of content on the subject. You need to think of this as a process and get some project management in place. It’s a good idea to use a tool like WorkZone or the heftier MS Project to keep your process in check.

Successful SEOs put myths to the test and don’t take advice for granted. I hope this has been enlightening. If you have counter-evidence or other SEO myths to add, I’d love to hear what you have to say.

Pratik Dholakiya is the founder of Growfusely, a content marketing agency specializing in content and data-driven SEO. As a passionate SEO and content marketer, he shares his thoughts and knowledge in publications like Search Engine Land, Search Engine Journal, Entrepreneur Magazine, Fast Company, The Next Web, YourStory, and Inc42, to name a few.
44 Reactions
Subscribe
Follow @smallbiztrends
RSS LinkedIn Pinterest iTunes