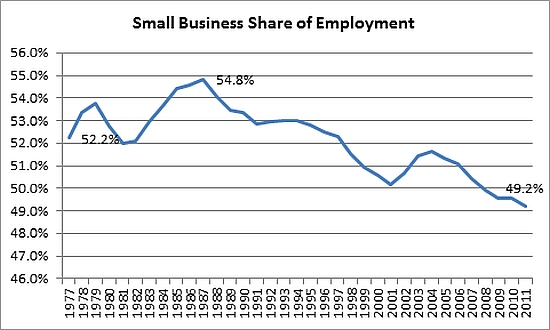 The figure above uses Census Bureau data to calculate the small business fraction of employment over time. As you can see, with the exception of the 2001 to 2004 period, small business’s share of employment has been trending downward it peaked in 1987.

The difference in the rate of employment growth at big and small businesses explains why small business accounts for a smaller share of the labor force in 2011 (49.2 percent) than it did in 1977 (52.2 percent).

The answer: A large decline in big company job destruction.