Spreecast: One on One Video Chats Right in Your Web Browser 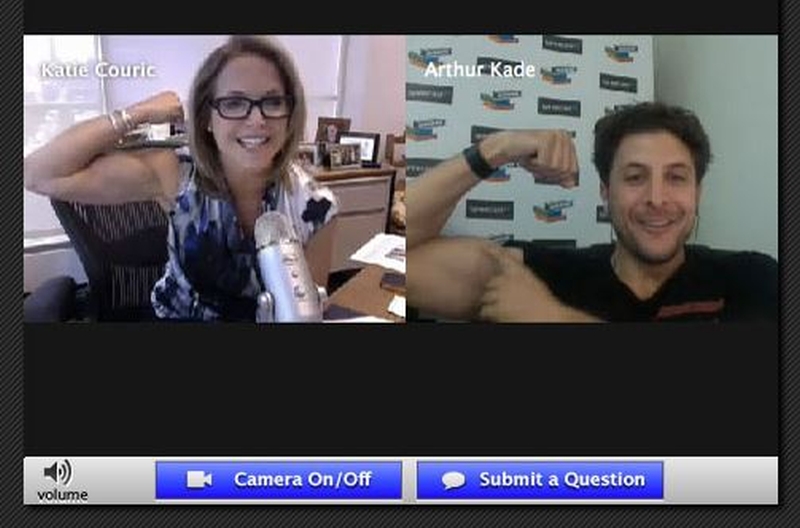 A new video chat platform allows you to create one on one video chats, video conferences or large scale webinars for free – and potentially profit from them too.

Spreecast, now in its beta launch, isn’t just some Skype, Google Hangout or GoToMeeting knockoff. It is a very different tool operating without the need for anything but an email account to sign in.

“Spreecast is a social video platform,” said company CEO Jeff Fluhr in an exclusive conversation with Small Business Trends. “It’s not like Skype or iChat where you actually have to install software on your machine. It works right in a web browser.”

Unlike Google Hangouts, Spreecast is platform agnostic. This means you don’t need to be signed into a social network to participate or create a Spreecast and you aren’t limited to inviting only those with a Google or other social account to participate. (Though you can sign in using your Facebook or Twitter account, if you like.)

Spreecast also offers an unprecedented set of tools to control the conversation and at the same time more interaction for the audience than is possible with the audience watching a Google Hangout through a viewer window, Fluhr added.

Creators of a Spreecast can decide how they wish to use the site by choosing between several simple privacy settings to decide who has access.

Up to four people can participate on camera at once, but many more can watch and participate via social chat tools.

“Tens of thousands of people can join a live Spreecast in sort of the audience if you will,” Fluhr explained. “And any one of the people in the audience can actually request to join on camera as well.”

To manage all this, the site gives webinar or video conference creators, or “producers” as they are called, the online controls to assign who will participate on screen. Producers can also preview and vet members of the audience who wish to be placed on camera.

But that’s not all.

“It’s a fairly robust set of producer controls that you get when you’re a producer or a moderator of a Spreecast,” Fluhr said.

Producers or members of the audience can use the chat section to the right of the screen to pose questions to other participants or make comments about the on-camera conversation.

A screen queue section beneath the screen allows producers, participants or audience members to post comments or external media they would like shared onscreen. Spreecast producers and co-producers decide what to share.

If you would like to charge for access to your Spreecast, in the case of a webinar for example, a pay per view feature collects money on behalf of the producer. Those fees are split 30/70 with the majority share going to you and rest going to Spreecast. (Again, it’s important to remember here that it is free to create a webinar or video conference on the site.)

Spreecast has, however, begun charging for a few extra services, like custom analytics reports showing you the number of people who viewed your webinar or conference, how many shared it with others socially and how many asked questions. There is also a charge to download the video file from your Spreecast to your hard drive for upload to YouTube or another site. However, all Spreecasts are archived and can be embedded in your site or shared via social media for free.

One of the most important ways small businesses are using Spreecast is to create interaction between customers and brands, said Fluhr. Specifically, he shared three businesses: Founder Institute, an organization for startup entrepreneurs; Tophatter, an online auction house; and Invisalign, creators of a teeth straightening solution. All three businesses use the site to interact with their customers and community.

In this way, Fluhr positions Spreecast as a tool similar to social sites like Facebook and Twitter, a completely free platform where small businesses can build their brands.

Learn more about producing a Spreecast in the video below.