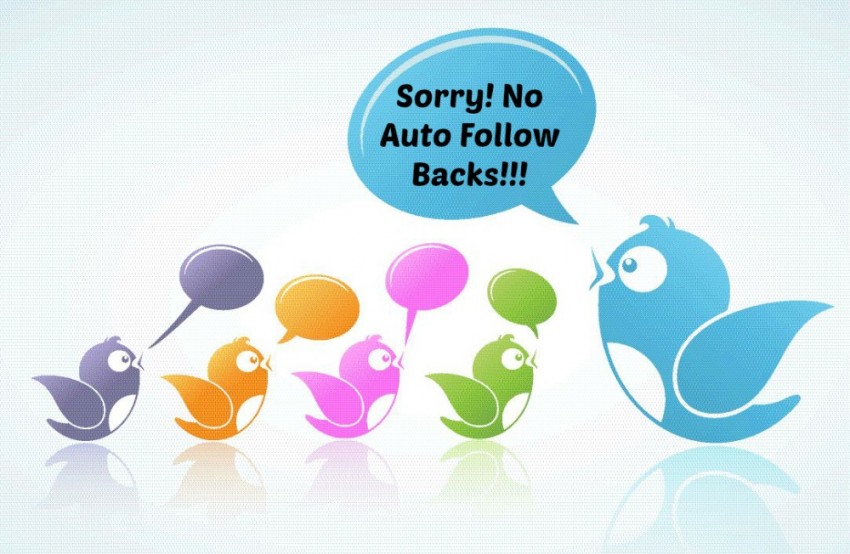 This week Twitter revoked its permission for apps that allow users to automatically follow back other accounts.

In other words, if someone voluntarily follows your Twitter account first, you cannot use an app to automatically follow them back.  You must manually press a button if you want to follow them back.

This was confirmed in the Twitter Developer forums by a Twitter employee who goes by the online name of @truebe, responsible for “Twitter Platform Operations.”  Truebe noted on July 4th:

“We removed the clause permitting automated follow-back, as we would prefer that users manually review their new followers and then choose whether or not they would like to follow back individual accounts. We understand that some users feel pressured to follow back;  however, if not all of the accounts which followed you contained content which interested you or were gaming the system for your attention, would you still want to follow them back if they weren’t actually interested in you or your content? Accounts which follow-back may quickly find their home-timeline useless due to too much noise if they didn’t carefully pick and choose who to follow. We still welcome services which perform analyses on recent followers and highlight those that may interest you, but only if these services only allow you to followback each account individually and manually.”

Some are applauding the move.

Shelly Kramer of V3 Integrated Marketing, who is very active on Twitter, told us in an interview with Small Business Trends that she supports Twitter’s move:

“Auto-following allows spammers and other people who are interested only in building huge networks to ‘automate’ the process of doing so. Which is lame. Followers who aren’t strategic, targeted and with whom you ultimately want to engage in some manner are worthless numbers intended to game the system.
I have as many commitments on my time as any other marketer or business owner does, so the ‘oh, but we don’t have time for this’ argument doesn’t work. If you want to build a network, realize that doing it online is no different than doing it in ‘real’ life. There’s no ‘auto-follow’ button IRL, don’t expect for it to exist on social networks.”

However, others on the Twitter Developers board criticized the move. Critics view the restriction as Twitter dictating how to use the social media service.

A user by the name of @NameSugar said, “I don’t personally read my home timeline, I have tweetdeck to filter through it for interesting things. I want to follow as many (real) accounts as I can and sometimes drinking from the firehose is my choice. It’s not up to Twitter to manage how I personally use Twitter.”

Another, @JerryBoutot, predicts that Twitter will go the way of MySpace and become less popular, if it becomes too restrictive. He goes on to say that Twitter is failing to recognize how users want to use the platform, noting that “Your users have turned Twitter into a web of microconnections,” and that the original idea of a place where you let your friends know what you’re up to “is long gone.”

This move leaves some wondering if this is a signal of more restrictions to come.

For instance, there’s the recent spate of Twitter account suspensions.  We’ve noted a number of legitimate business Twitter accounts being suspended in error recently.  Based on comments and emails we’ve received, those types of suspensions are ongoing.

The suspensions are not necessarily related to auto-followbacks (one of our smaller team accounts was suspended in error, and we do not automatically follow back).  But it leaves the impression that Twitter is getting more restrictive.

Apps such as SocialOomph have been forced to change and no longer allow Twitter automatic follow back activity.  In an email to users on July 4th announcing that automatic followback would no longer be allowed, SocialOoomph noted,  “We’re as dumbfounded by Twitter’s decision as you are.”

Clearly there are differing points of view on this topic. What’s your position on Twitter automatic follow backs?