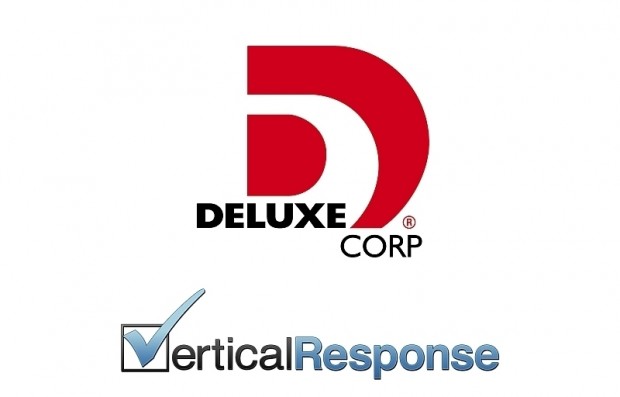 Customers of VerticalResponse, the email marketing software company, received a surprise email yesterday announcing that the company had been acquired by Deluxe Corporation.  The purchase price  was $27 million in cash.

The news also was officially reported in the Deluxe Corporation earnings release.

In that release, Deluxe reported revenue of $381 million, with net income (profit) of $48 million for the second quarter. About two-thirds of the revenue came from what Deluxe calls “small business services.”  And that’s where the acquisition of VerticalResponse fits in.

In a statement accompanying the earnings release, Lee Schram, CEO of Deluxe, said, “Revenue in the second quarter was at the upper end of our outlook … driven by favorable performance particularly in both Small Business Services and Financial Services. Marketing solutions and other services revenue grew 21% over last year and will further benefit from the acquisition of VerticalResponse. Our strong first half of the year positions us well to grow revenue in 2013 for a fourth consecutive year.”

The acquisition took place in June 2013, although just now reported.  VerticalResponse will continue to be based in San Francisco, its current headquarters.

Deluxe, which many people still think of as the check printing company, has been transforming itself to a small business services provider in recent years, largely through targeted acquisitions. Since 2008 it has bought Web hosting company Hostopia, startup community website PartnerUp, Internet marketing company OrangeSoda, and logo company Logomojo.

The founder of Vertical Response, Janine Popick, wrote on that company’s blog that VerticalResponse had been in numerous acquisition talks over the years.  Deluxe was the company that offered the best fit:

“Over the course of 12 years we’ve had many conversations, and I mean many. Companies big and small, public and private, too many to even think about. And every time we walked away from a conversation it was because the company didn’t value us for our abilities and wouldn’t have given our shareholders what they deserve. But this one was different. It was great, it was time and it was perfect.”

In addition to email marketing, VerticalResponse has broadened its offerings into related areas, including online surveys and marketing postcards.  In late 2011 it acquired social media platform Roost to expand into social media marketing.

According to Popick, one of the things that will change is that more resources can now be placed on product development.