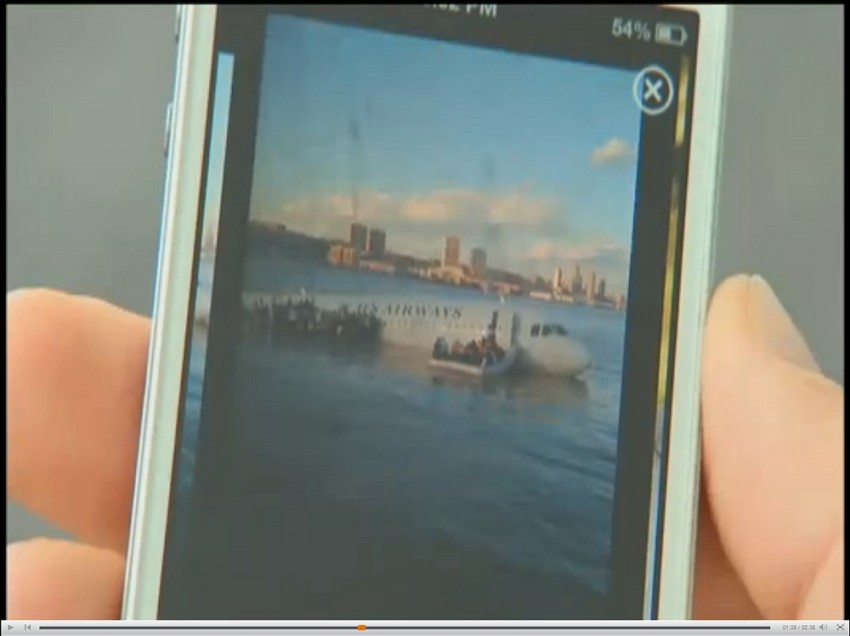 Small business owners know about Twitter’s ability to spread a message. In fact, a recent survey by American Express Small Business found 19 percent of respondents use the platform regularly to boost their brands.

But an upcoming one hour CNBC documentary looks beyond marketing — to the entire Twitter phenomenon.

The one-hour documentary, called “Twitter Revolution,” premieres Wednesday, August 7th at 9pm  ET/PT on the CNBC cable TV network in the United States.  Of course, there’s a hashtag to follow along on Twitter: #TwitterRevolution.

Twitter Revolution looks at how Twitter has changed the way journalists, activists and average people communicate.  It examines how breaking news events get tweeted out, with pictures snapped on mobile phones and shared by first-hand observers with the world.

The documentary kicks off with the day entrepreneur Janis Krums tweeted a photo of a downed U.S. Airways airplane in the Hudson River in 2009, to his 170 followers on Twitter. His followers shared the image, and then it was picked up by television news stations. Soon millions had seen the photo (pictured above).

An ordinary citizen had scooped the media.

The river landing came to be known as “The Miracle on the Hudson.”

CNBC correspondent Carl Quintanilla interviews Twitter co-founder Jack Dorsey about that moment. According to Dorsey, it “changed everything.”  Suddenly, Dorsey said, the world viewed Twitter as a source of news.

We learn how celebrities from Justin Bieber to Lady Gaga also use Twitter to drive their brands.

Quintanilla looks at the potential negatives of the platform, too. Rumors, incorrect information and negative messages can be spread just as quickly as positive and accurate ones.  Then there’s the fact that the platform still has relatively low penetration. Only about 16 percent of American adults online use it.

But entrepreneurs may also be interested by an interview with Twitter CEO Dick Costolo, that discusses growth and monetization. Twitter focused on being an indispensable utility first, not monetizing until later. It is an interesting business model for startups to consider.