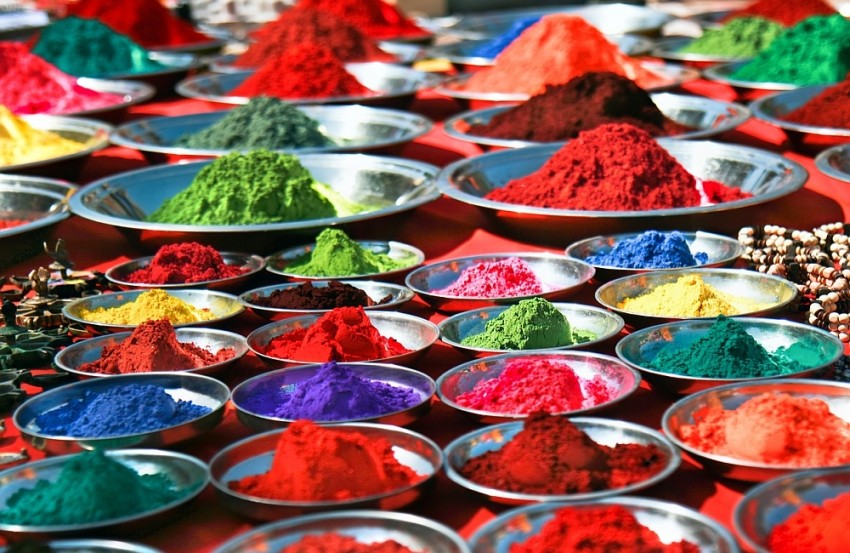 Indian marketplaces bring to mind colorful winding roads lined with family and individually run storefronts where retailers can build personal relationships with their customers and deals are negotiated through these relationships.  It’s no wonder that when the Prime Minister of India, Manmohan Singh, approved opening Indian retail to foreign retailers such as Walmart, local retailers strongly objected.

While individual merchants oppose foreign retailers like Walmart for fear of losing their business, corporations and farmers see the introduction of foreigners as a way to modernize the archaic Indian retail supply chain.  But whereas commerce in India faces this David versus Goliath dilemma, the Indian market is evolving very fast in terms of adoption of online commerce.

Indians are now beginning to value the convenience of online shopping and many traditional businesses are now eagerly looking to join the online retailing space.  Ecommerce firms such as America’s Amazon and India’s Flipkart lead the pack. But small retailers like Ayurvedic products store Nirogam are also flourishing. And powering many small online retailers is IQeCommerce, a cloud-based software platform to help them sell electronically.

Since putting its first toe in the Indian water last year with the introduction of Junglee.com, an online price comparison site, Amazon has recently launched its own full-blown site for the Indian market.  Also, any third party retailer can sell products on Amazon’s Indian marketplace, and through a fulfillment center near Mumbai, customers will receive the merchandise they ordered straight to their door.

In addition, Amazon Marketplace makes it easy for sellers to upload their products onto its website and provides shipping for them if they prefer.  Amazon.in also offers a promotional rate when sellers sign up for a two-year deal, making monthly subscriptions free, closing fees per sold unit only Rs.10, and referral fees 5%.

Although only offering books, DVDs, and e-readers, Amazon will soon be widening its product offering.

But Amazon has quite the competition in India with eBay’s long standing marketplace business, as well as Sachin Bansal’s Flipkart having already established its presence as the place to buy books, CDs and other items online in India. Flipkart started out selling books in late 2007. Sachin and his cofounder Binny Bansal launched Flipkart after quitting their jobs at Amazon India earlier that year.

Six years later and Flipkart not only sells books but all kinds of products ranging from clothing to accessories, to laptops, games, movies, household items, sports and fitness equipment and then some.  It would be fair to say that Flipkart is the Indian Amazon and what’s great for them is that they have already established trust with clients.

Flipkart, too, has a marketplace with a fixed fee for sellers and offers Cash on Delivery, a 30-day replacement policy, EMI options and free shipping for buyers.

Having jumped on the Indian eCommerce trend early on, Flipkart has grown exponentially since 2007 and has been able to raise significant funding in preparation of going public in the near future.

While Flipkart and Amazon are broad eCommerce portals, other businesses have chosen niche eCommerce offerings. Puneet Aggarwal’s Nirogam sells herbal supplements and Ayurvedic medicines online.  And whereas Amazon and Flipkart cater to the Indian population, Nirogam has taken a product of India and sells it both at home and abroad.

Puneet started Nirogam after meeting research scientist Dr. Pushpa Khanna who had discovered a holistic medicine and asked Puneet to help her sell her product online. The two launched Nirogam in 2002 and expanded their collection to 10 herbal products right off the bat.

Over a decade later, Nirogam has annual revenues close to half a million dollars and a monthly growth rate of 15%.  Puneet now plans on expanding Nirogam’s scope into additional health care niches.

Powering many such small merchants with their own online stores is Nilmoni Basak’s iQeCommerce.  With Nilmoni as CEO and co-founder Abhisek Kumar as CTO, iQeCommerce works diligently with their clients in order to seamlessly manage many small business websites.

With iQeCommerce, entrepreneurs can design their storefront for desktops and mobiles, upload products for sale, market these products via email and social networks, and utilize their easy to use shopping cart checkout solution.  This makes selling online simple for small merchants, and importantly, it allows businesses to sell under their own retail brand instead of an Amazon, eBay or Flipkart marketplace.

Some small merchants that run on iQeCommerce are The Skin Mantra that sells laptop cases as well as similar customizable gadget accessories and Paxsport, an online sportswear store specifically selling soccer goalkeeping gloves as well as other soccer wear.

Completely bootstrapped, iQeCommerce has over 100 customers and generates $2000 per month in revenue, hoping to become a profitable company by the end of this year.  Through the iQeCommerce platform, customers have sold more than $400K worth of merchandise.  Nilmoni is aiming for 1000 customers in the next 8-10 months and endeavors to reach $1 million yearly revenue with 10,000 customers longer term.

Thus, small online merchants in India are creating niches of their own and successfully selling their wares, even as the giants – eBay, Amazon, Walmart, and Flipkart duke it out for the big prize.

Sramana Mitra is the founder of One Million by One Million (1M/1M) initiative, a virtual incubator that aims to help one million entrepreneurs globally to reach $1 million in revenue and beyond. She is a Silicon Valley entrepreneur and strategist who writes the blog Sramana Mitra On Strategy.
8 Reactions
Subscribe
Follow @smallbiztrends
RSS LinkedIn Pinterest iTunes