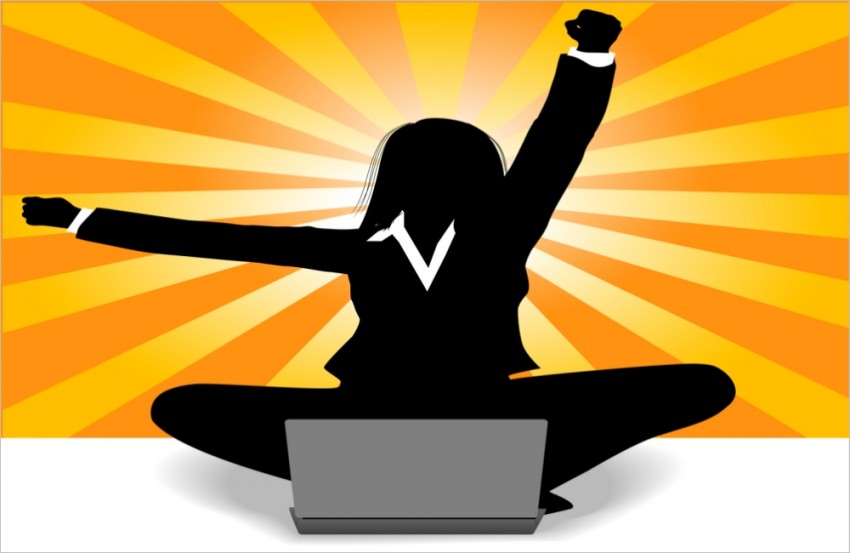 American women continue to embrace business ownership. As the American Express OPEN 2013 State of Women-Owned Businesses Report: A Summary of Important Trends, 1997-2013 (PDF) reports there are an estimated 8.6 million women-owned businesses in the country.

According to the GEM Report there are more than 126 million women entrepreneurs worldwide. As great as that sounds the Report says:

Much needs to be done for women entrepreneurs to further boost and grow their businesses.

One of the solutions GEM suggests is that women entrepreneurs “build new collaborations and leverage ideas.”

And while a great way to collaborate is global expansion, there’s not a lot of that going on. According to the Report:

Women entrepreneurs in Israel (27 percent) and the developing nations in Europe (24 percent) had the highest levels of doing business internationally. Surprisingly, the United States (including Latin America and the Caribbean nations) has the second-lowest ranking among the regions coming in at a shockingly low 7 percent. Altogether, in developed economies, more men than women (except in Israel) “sell at least 25 percent of their products or services outside their national borders.”

This “overly local focus” concludes the GEM Report, “may represent missed opportunities for women,” particularly in the U.S.

Don’t Let the Numbers Scare You

It is possible and profitable to expand globally. One of the best ways to do it is to find partners in other nations to work with. In June at the Dell Women’s Entrepreneur Network (DWEN) conference in Istanbul, I talked with several entrepreneurial women who are doing just that.

Lauren Flanagan is the Executive Chair of Current Motor, a company that manufactures all-electric motor scooters and the managing partner of several angel funds. Two years ago, after attending a DWEN conference in Rio de Janeiro, Flanagan partnered with a Brazilian company to expand Current internationally. Next up is expansion throughout the Americas.

Flanagan says it’s not hard to partner with women in other countries. She’s made her international connections by finding “like-minded women open to win-win business opportunities” through organizations like DWEN, Springboard Enterprises and 85 Broads.

That said it can be daunting to work with women in another country. But, Flanagan says don’t let fears of a language barrier or cultural differences stop you. “Most businesswomen from other countries speak English,” she says. To build good business relationships she urges entrepreneurs “make the effort to learn at least a few common words [in other languages] and pronounce them correctly.” Flanagan also believes “it’s important to do some research and explore the country you want to do business in. Try to meet the locals and do as they do, instead of doing American touristy things.”

Elisabete Miranda is the president of CQfluency, a communications company that offers translation, interpretation and multi-cultural solutions to help companies do business globally. A native of Brazil, when Miranda moved to America she realized her “hardest transition was not language, but the cultural adaptation.” She transformed her business to one that “facilitates true cultural understanding between people who don’t speak the same language” – essentially to increase their cultural intelligence.

Miranda believes “there is no substitute for face-to-face networking” for making connections with other entrepreneurs. Miranda attributes her involvement with women’s groups for the exposure that led to her being selected to participate in programs like the EY Entrepreneurial Winning Women and DWEN. Participating in these organizations says Miranda, is “a source of limitless inspiration, mentors, friends and partnerships.”

Miranda agrees with Flanagan that it’s important to do your homework and says social media can help. When attending events she advises you to:

It’s important, she adds, to make sure you and your potential partner share common purposes, values, wants and needs. She also believes language is not a barrier to partnering with a foreign company:

Fortunately, there is a language that everyone speaks – the language of doing good business.

Of course there are risks to pursuing international partnerships. Flanagan ran into problems with a previous international venture and advises entrepreneurs vet their partners (particularly their financial situation) carefully. If someone wants an exclusive arrangement she suggests you get “significant upfront payments.”

Amy Millman, president of Springboard Enterprises, who also has forged several international partnerships says make sure you have a strong legal agreement with your partners. Flanagan agrees and says you need “experienced legal counsel with strong local representation in the country of interest.” She suggests you “structure the deal as win-win with performance-based incentives tied to clearly defined milestones.” If you need help vetting potential partners the U.S. Department of Commerce is a “great resource.”

Don’t try to fit [everything] in the same box. Always be open to new solutions and be willing to reframe your message.

Miranda believes “partnerships are the best way for small businesses to expand” globally. Despite any language or cultural differences, she adds, there is a trait almost every entrepreneur shares:

[They] do business with people they trust and like. Being curious and learning about your potential partner’s culture can be a huge first step to a successful partnership.

Rieva Lesonsky is a Columnist for Small Business Trends covering employment, retail trends and women in business. She is CEO of GrowBiz Media, a media company that helps entrepreneurs start and grow their businesses. Follow her on Google+ and visit her blog, SmallBizDaily, to get the scoop on business trends and free TrendCast reports.
3 Reactions
Leave a Reply Cancel reply
Subscribe
Follow @smallbiztrends
RSS LinkedIn Pinterest iTunes