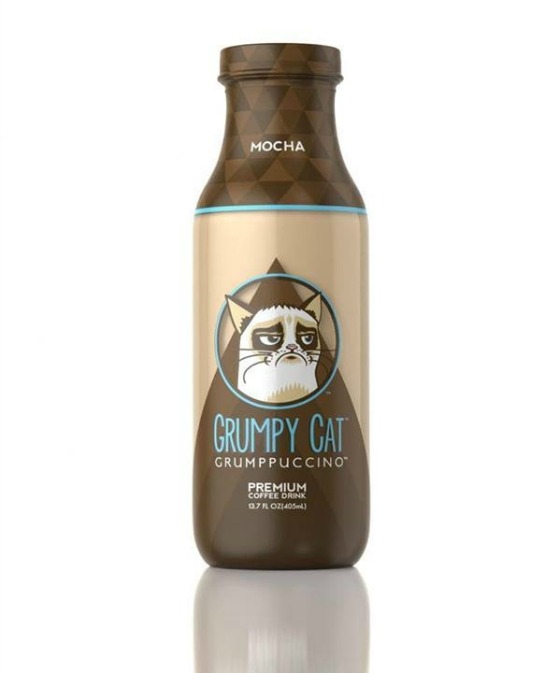 The popular Internet meme Grumpy Cat is continuing to grow its brand. The cat is now the face of a new beverage, Grumpy Cat Grumpuccino. The line of bottled coffee from Grenade Beverage LLC is being marketed with the tagline, “It’s awfully good.” The drinks officially became available for purchase online earlier this month.

Grumpy Cat also recently received some recognition in the business world, gracing the cover of Direct Marketing News’s July issue. A cat might not be the most traditional choice for the cover of a marketing publication, but Grumpy Cat has made an impact on the marketing world since being introduced on Reddit.com in 2012. 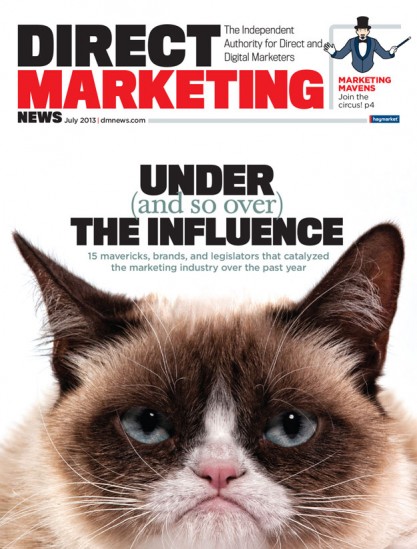 Within the past couple of years, brands like Wonderful Pistachios and Vitamin Water have begun to partner with memes and other Internet sensations for their marketing efforts. And some meme originators, such as the owners of Grumpy Cat, have even built successful brands around their memes.

But a meme needs more than just a few reposts on a website to reach the fame of Grumpy Cat. That’s where Ben Lashes comes in.

Lashes serves as Meme Manager for the Grumpy Cat brand, as well as for other online sensations like Nyan Cat and Keyboard Cat. Since this is fairly new territory for anyone, he has had to try to figure out exactly what it takes to manage a meme.

For Lashes, that starts with securing a name and all the digital property associated with it, including domains, copyrights and trademarks. Protecting a meme doesn’t necessarily mean preventing others from creating fan art or putting their own spin on memes. It just means making sure that others don’t make money on the meme at the expense of its original creator.

Promoting a meme isn’t always a big part of a meme manager’s job, since distribution on sites like Tumblr and Reddit can happen so quickly. Photos of Grumpy Cat, for instance, were shared on social media millions of times within weeks after the original post. It was only after the cat, whose real name is Tardar Sauce, became an Internet sensation that the owners began securing domains, building a brand and hiring a meme manager.

But Lashes can help meme originators get involved with larger scale projects such as Grumpy Cat’s Grumpuccino or movie deal. Since memes are generally made popular by the masses, rather than by the attempts of a singular person or organization, the built-in notoriety can help secure such deals. But part of a meme manager’s job in these situations is to help the owners avoid getting taken advantage of and sidestep bad deals.

For some, there’s a fine line between a popular meme and one that has become too mainstream. Lashes and other managers have to find a way to keep their clients in the spotlight without overexposing them. Since Grumpy Cat has already secured a book deal, feature film, merchandise at stores like Hot Topic and now the Grumpuccino, it seems this cat really has become a marketing machine.