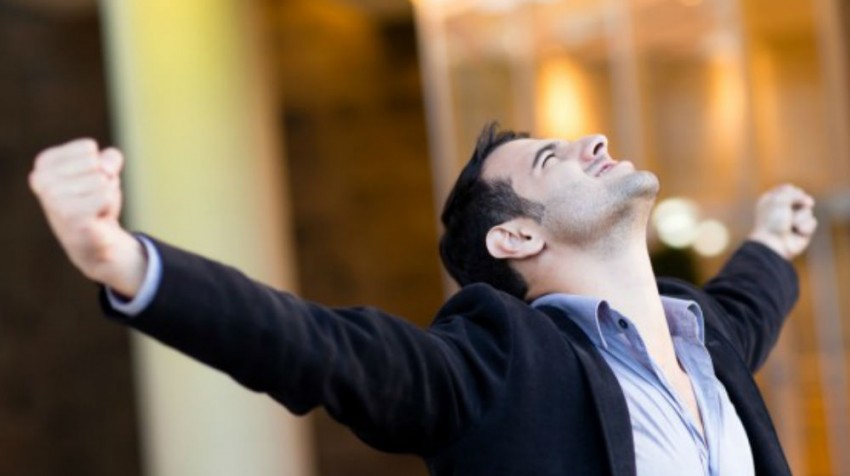 We’ve all been there: A project or task doesn’t go the way you thought it would. This can affect not only the business result, but also employee morale. So how do you pick up the pieces?

We asked members of the Young Entrepreneur Council (YEC), an organization comprised of the country’s most promising young entrepreneurs, the following question to find out how they recover from a company mistake:

“How do you boost employee morale when a project or task isn’t going according to plan?”

1. Turn It Into Opportunity

“When something doesn’t go as planned, which happens nine times out of 10, it’s best to remind everyone involved in the project that it’s OK and that no one is to blame. Employees and partners can feel like they are responsible for something that is out of their control. Use it as an opportunity to regroup and reaffirm that you have to fail in order to succeed. It’s part of the cycle.” ~ Sarah Ware, Markerly

“The best thing you can do is get a change of scenery and build a bond among your team members. It always works to get the project back on track.” ~ Suzanne Smith, Social Impact Architects

“As the president, I’ll often make assumptions about why a project has taken a turn. In reality, though, I’m infrequently right. My role is to highlight the issue and listen to my staff to help them uncover why the issue is occurring, then help them set a new plan to return to progress. That keeps them feeling respected and supported so they can return to doing great work.” ~ Corey Blake, Round Table Companies

4. Emphasize That Everything Is Experimental

“I emphasize to my team that everything we do is an experiment. Sometimes our experiments are successes, and sometimes they’re failures. Training your team to not be afraid of failure makes them open to experimenting with innovative, risky ideas. Send them messages from the top down that failure is acceptable and, at times, even expected. It’s a natural part of being an agile, high-growth company. ” ~ Laura Roeder, LKR Social Media

“When you’re working toward a large goal, product launch or target and things aren’t really going according to plan (which is common in the startup world), it helps to have small achievements and milestones to keep the feeling of accomplishment and success in the team. It will boost productivity and keep everyone smiling.” ~ Christopher Pruijsen, Afrostart.io

“Pretending the house isn’t on fire doesn’t make it burn any slower, but you’d be surprised how often leaders try to force something that just isn’t working. Instead, acknowledge what’s wrong and collaborate with your team to solve it with alternative ideas. When a team overcomes an obstacle, they feel empowered, and that boosts morale.” ~ Nick Friedman, College Hunks Hauling Junk and College Hunks Moving

7. Have a Warm Environment

“We all know that in business (and in life), things don’t always go as planned. If your team is putting forth a strong effort but facing challenges with a project or task, I think it’s important to create a warm and encouraging environment where they feel they can talk honestly with you about the challenges. That way, you can work together on a game plan for moving forward.” ~ Tracy Foster, ONA

“When something goes wrong, you need to address it and not ignore it. Take time to think about the potential benefits of the situation and how you can capitalize on them. If there are truly none, come up with some new innovative strategies for your company, and get your employees excited about pursuing them.” ~ Carlo Cisco, FoodFan

“When we have a project or task go awry, many times I’ll make lighthearted comments to generate a smile or laugh. Ultimately, there is nothing we can do about the past except learn from it and push forward. Dwelling on a failure is going to generate lower productivity. Happy team members produce more, so I always encourage doing things to improve attitudes as quickly as possible.” ~ Raoul Davis, Ascendant Group

“Keep the project in perspective relative to progress that’s being made at the company as a whole. As long as team members feel like big picture goals are moving forward, the ups and downs of an individual project should be less discouraging.” ~ Robert J. Moore, RJMetrics

12. Remind Them It’s a Team Project

“Amidst the craziness at a startup, people often forget why they’re there to begin with and that everyone else is alongside them for the same reasons. A break to get everyone on the same page brings back the trust, communication and respect that’s worked so well before.” ~ Derek Flanzraich, Greatist

13. Re-focus on the Big Picture

“People want to work on things that matter. So if morale is low, take a moment to remind your team of their important contributions and the impact that they make. People need to be inspired, so don’t let your team lose focus on the big picture. Do what you can to create an atmosphere where everyone feels they’re a part of what’s happening, and be sure to allow some time for doing some fun things.” ~ Dries Buytaert, Drupal

“Communication and always setting clear, manageable goals can really help boost employee morale. A goal that is too large to be fully handled can be damaging to morale. Make sure all employees are on the same page and squash rumors immediately. Always be sure to keep your team in the loop as much as you can.” ~ Jay Wu, A Forever Recovery