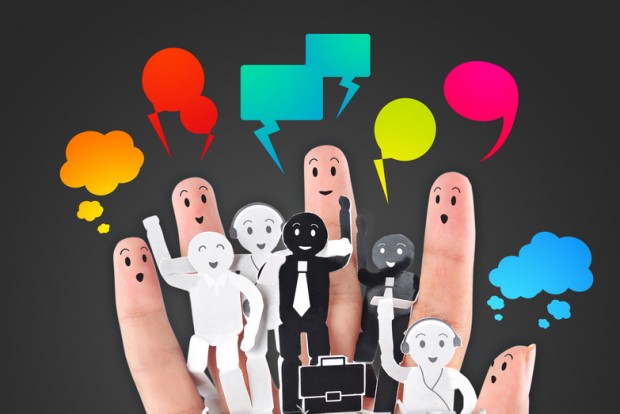 We’re back with another community news and announcements roundup, to get a bead on what’s on the minds of entrepreneurs and small business owners.  We plan to get back to doing these roundups on a regular basis, once again. Whether it’s a fascinating insight from a small business blog, a new site launch we think you’ll be interested in, we aim to keep you up to date.

A new website makes business ideas easy to share. From the flashing “cereal box” to the “photo booth bird feeder,” you’ll find unique and interesting ideas for new businesses, featured on a new site called Bizopy. The site bills itself as the home of “shareable business ideas.” You can sign up to have the latest posts delivered via Facebook update, tweet or email. The site comes to you from Dane Carlson, founder of Dane Carlson’s Business Opportunities Weblog. Bizopy

Have you checked out The Great Startup Wiki? Lucas Greene, founder of the site, dropped us an email this week. And we’re glad he did. The site brings together how-to articles for business owners and other resources in a unique wiki format that Greene says is also mobile friendly. Content is still sparse and the site is still in beta. Bookmark it and watch as it develops. The Great Startup Wiki [Editor’s note: removed link due to security issue]

Hyperlocal advertising is not a good bet. After the recent downsizing at Patch, we’ve seen some postmortems on why such business models don’t work. Sean Barkulis, co-founder of UPlanMe, explains why hyperlocal businesses dependent on advertising aimed at local users are a bad idea. He also has an alternative. Street Fight

The art of playing hard to get. Art can be a business like any other. But success in this business isn’t about the professional artist selling a million copies of his or her work. And it also isn’t about trying to sell work for a lower price than competitors. (Perish the thought!) Instead, artist Naomi Novella suggests a strategy aimed at making art worth more to buyers. Artbiz Rx: Creative Business Ideas

A list of inspiring women entrepreneurs. Chandra Clarke, founder of Scribendi.com has collected an impressive list of names from her fellow entrepreneurs. You’ll probably recognize some of them too. Be sure and tell us which are your favorites. Never Pink

Happy Birthday “hat tip” to this social media site. We love to celebrate milestones with others in the extended small business community. So it’s great to send a shout out to Mike Allton of Social Media Hat. His site shares tips on blogging, social media and marketing for small business and reached the one-year mark this week. He’s already made a name for the site, in just one year — proving what hard work and persistence can accomplish.  Mike reckons he has published 400 posts and 50 guest posts on blogging and social media so far. Social Media Hat

Decide between a development firm and an independent developer. When you build your first business site or a replacement for your existing site, you will need a good software developer. But you will also need the right kind. Tim Jahn takes us through the process of deciding between the two major types of developer and pros and cons of each. Don’t make a move before reading his post in full. Matchist

The day of the solopreneur has dawned. Since 2010, Larry Keltto has been monitoring tweets using the hashtag #solopreneurs.  At the same time, he has been tirelessly promoting awareness of the more than 20 million solopreneurs in the United States alone. Lately, Larry says he can tell this awareness is at an all time high. Just look at all the spamming the hashtag now receives! The Solopreneur Life

A franchise workers’ strike shouldn’t cause panic. Franchise King Joel Libava urges calm with threats that many workers may be walking off the job in protest of wages. Libava gives some advice on handling what could be difficult days ahead. He also encourages prospective franchise owners not to give up on their franchise dream. The Franchise King

Shawn Hessinger is the Executive Editor for Small Business Trends and a professional journalist with more than 20 years experience in traditional and digital media for trade publications and news sites. He is a member of the Society of Professional Journalists and has served as a beat reporter, columnist, editorial writer, bureau chief and managing editor for the Berks Mont Newspapers.
17 Reactions
Subscribe
Follow @smallbiztrends
RSS LinkedIn Pinterest iTunes