When you think about ways to market a local restaurant, appearing on a show about drug dealers might not seem like the most conventional choice. But Garduno’s of Mexico has experienced an increase in sales after the restaurant was featured in AMC’s “Breaking Bad” in late August.

The well-known local eatery was initially approached by AMC in January about using its Winrock Mall location for a scene. 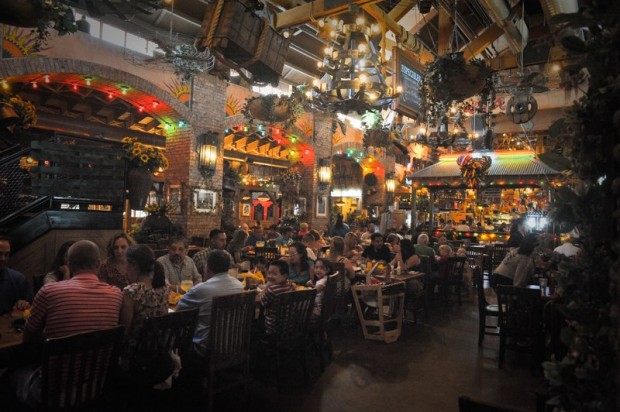 Said Corporate General Manager Warren Gaustad, who works out of all six of Garduno’s southwest locations:

I just happened to be here when the location scout came in and asked to talk to someone about using the restaurant. At first I thought he was joking.

According to Gaustad, the show was initially going to use a nationwide chain restaurant, but the company backed out and then the show decided to go with Garduno’s. Before filming began, Gaustad received an outline of the script for the scene to make sure it didn’t show the restaurant in a negative light:

Basically everyone watches “Breaking Bad” here in Albuquerque, so I just thought it would be a fun thing for the staff to experience. But it is a show about methamphetamine so we did want to make sure they weren’t doing anything too crazy here.

Garduno’s was closed for one day during the shoot, and AMC covered the restaurant’s losses for that day. Gaustad and many of the restaurant’s 100 employees were present to see the filming take place. They even met some of the actors and crew members, like R.J. Mitte who plays the character of Walter Jr. (shown below). 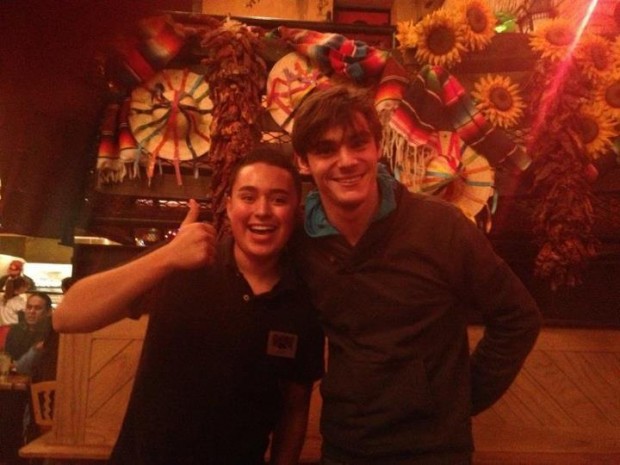 During the scene, Walter White (played by Brian Cranston) meets with his wife, her sister, and her sister’s DEA agent husband.

The restaurant was featured prominently when a waiter attempted to convince the table to order Garduno’s tableside guacamole.

Gaustad estimated there’s been about a 10% increase in sales because of the show, but said that the restaurant has been experiencing a general increase in sales for a few months anyway. He knows that the show has been a major factor recently because many customers have mentioned it or taken photos of the table featured in the scene:

We have a really unique restaurant. It’s really funky and eclectic, so we always have people taking pictures in here. But, since the show, it’s definitely been even more frequent.

Garduno’s first opened its doors back in 1969. Then just a single, family-run restaurant in Albuquerque, the company eventually added five more locations throughout New Mexico and Nevada.

About two years ago, a company called Southwest Brands bought Garduno’s, which was struggling to stay afloat at the time. The goal was to keep the brand in tact, since Garduno’s had become a kind of local landmark, according to Gaustad.

The Winrock Mall location, where the Breaking Bad scene was filmed, wasn’t the first to open, but Gaustad said that it is the most unique and popular in the chain.