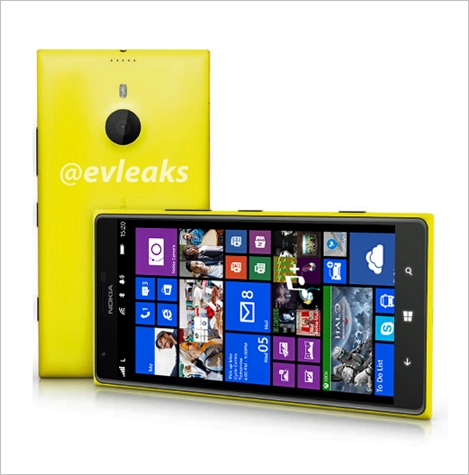 The phablet, a hybrid between the smartphone and tablet, seems to be coming of age. And a soon to be introduced model from Nokia may be the largest Windows device of its kind.

For budget conscious small business owners and entrepreneurs on the go, the phablet offers phone capabilities and a larger screen size closer to a tablet without the cost of owning two devices.

The new Nokia device may also feature a 20 megapixel front camera and a polycarbonite body, CNET reports. Though the photo shows a yellow device, there is no confirmed information on the color selections available.

An expected announcement of the new Nokia 1520 in late September has been put off at least until October, Reuters reports. Some sources believe the device will be unveiled at the recently announced Nokia Innovation Reinvented event scheduled for Oct. 22

That delay may be due to announcement of Microsoft’s plans to acquire Nokia for $7.2 billion earlier this month.

Once announced, the new Nokia 1520 will join the ranks of phablets already on the market like the Samsung Galaxy Note 3. However, depending on the price, yet to be announced, the device may have an edge over competitors with small business owners seeking another Windows device for their already Windows-based office environments.