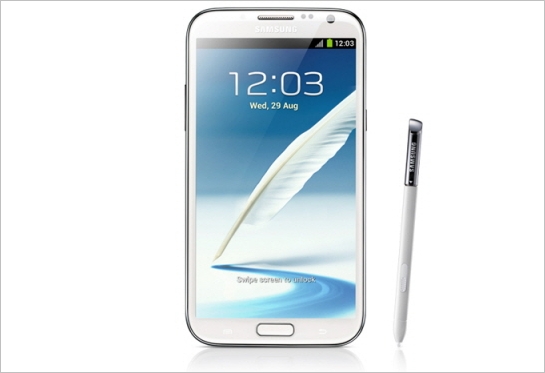 If you can’t decide between the large screen features of a tablet and communications functionality of a smartphone for your business, there is an answer for you.

Devices larger than the average smartphone but with the ability to make regular calls like any other phone are called “phablets” by the media and in tech circles. But what is important is what these devices offer you.

The latest of these devices is the new Samsung Galaxy Note 3 scheduled to be announced tomorrow at Samsung’s “Unpacked” event in Berlin.

Little detail is available about the new device said to feature a 5.68 inch screen and be only about 2.2 mm thick.

Images of the device’s display assembly leaked recently on ETrade Supply, a consumer electronics ecommerce site, have been bouncing around the Web. Another tech leak site SonnyDickson.com has also released similar images.

CNET speculates a 13 megapixel camera might be among the device’s features. There’s also anticipation of a choice of 16GB, 32GB, or 64GB of storage.

The cost of the new Samsung Galaxy Note 3 device has not yet been released. But pricing for the 16 GB version of the device’s predecessor, the Galaxy Note 2, are currently priced around $500 on Amazon without contract from a mobile carrier.