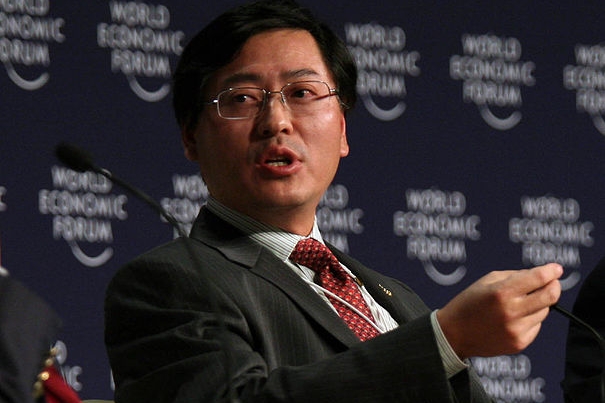 Chinese computer maker Lenovo announced that its CEO, Yang Yuanqing, will share $3+ million of his personal bonus with employees. This is the second year he has done that.

About 10,000 manufacturing employees will each get a payment of around $325. Bloomberg News points out the amount is almost equal to a month’s pay for a typical city worker in China.

Mr. Yang (pictured) won’t go hungry, however. Last year he was paid $14.6 million.  He’ll have plenty of other non-bonus compensation.

Yang appears to be bringing results for Lenovo.  Lenovo has taken over the top PC manufacturer spot, with sales topping $34 billion.  He’s also led the company to become a smartphone maker.  Lenovo is also rumored to be considering a buyout of BlackBerry, which put itself up for sale last month.

Some observers point out his motives are not completely altruistic — or the payment wouldn’t have been announced so publicly.

Still, the move is remarkable in an age when CEOs get multimillion dollar bonuses even when their companies post losses — or worse, as they are headed out the door after being fired.

Perhaps Mr. Yang simply knows a thing or two about employee motivation.  The reality is, he stands to make a lot more later if employees feel a part of the company’s success.  Giving up his bonus today is a brilliant investment in the future — Lenovo’s, employees, and his own.  It builds good will and a desire to do more among employees who see tangible rewards aligned with the company’s successes.

Small Business Owners Know Why He Did It

It’s fairly common for small businesses to share profits — even though they do not have to.

According to the National Center for Employee Ownership (NCEO), small business owners implement profit sharing for a number of reasons:

Does it help Yang and Lenovo? Of course it does.  But don’t overlook the benefits shared by all involved.

Some entrepreneurs and small business owners understand this instinctively.  To them, the Lenovo’s chief’s motives will seem perfectly aligned.