What Makes My Application Slow: The Pipe or the Packet? 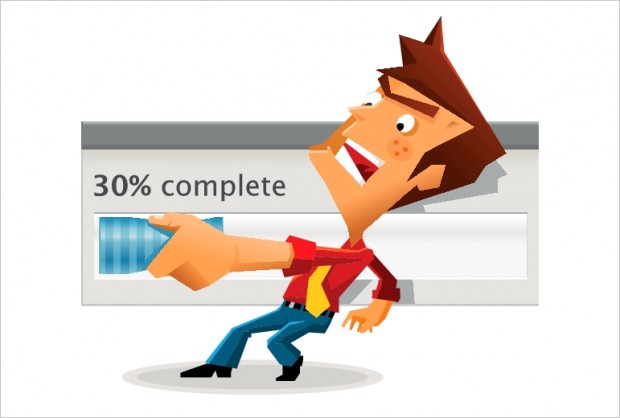 It’s a common problem. Whether you are using your company’s VPN (virtual private network) or you’re having trouble with your IP telephone, or some other reason — the application you are using seems to be slow and sluggish.

It frustrates end users, because the speed of these applications also changes at a pace that may seem random and is hard to predict. All your end users really care about is using the tools they need. And they want them to be fast, not sluggish.

To be able to fix the problem, it helps to first understand what is causing it. So let’s dive in and take a look.

What Makes My Application Slow?

Information, whether it is provided over the Internet or your own business network is all broken down into smaller pieces of data known as “packets.” These data packets carry information about many things, including its destination (where its supposed to be going, such as your company database) and even error checking to be sure the packet made it in one piece. The speed, or amount of time it takes for a packet to cross the network from a device that created the packet (such as your laptop computer) to the destination device (such as your central business server) is called network latency.

In other words, when you see the word latency in this context, think “delayed speed.”

There are a few factors that create latency issues. Network routers typically create the most latency of any device on the end-to-end path. Packet queuing due to link congestion is most often the culprit for large amounts of latency through a router. Some types of network technology such as satellite communications add large amounts of latency because of the time it takes for a packet to travel across the link. Since latency is cumulative, the more links and router hops (passes between multiple devices such as your computer, routers, Internet provider equipment and the equipment on the destination side) there are, the larger the end-to-end latency will be.

I like to think about bandwidth from the context of plumbing. Sure enough, people often refer to bandwidth as “the size of the pipe.” So why not carry that analogy further?

That pipe may be full if several users are trying to use high bandwidth resources over the Internet at the same time. Each VPN connection will have overhead, or video conferencing, ip telephony shared between offices, etc. The weakest point between the locations can cause the bottleneck, just as too many traffic hops can cause latency.

Some applications are more forgiving than others. Much of this revolves around whether an application will just send packets in one direction (User Datagram Protocol or UDP) or requires a connection to assure the data has arrived (Transmission Control Protocol or TCP). Both protocols have their upsides and downsides but every application uses one or the other based on the importance of the information

So How Can I Speed Up My Company’s Applications?

Well, now we know what causes slow network applications, so lets take a look at how we can fix some of these issues.

First, examine your latency. IT technicians perform a ping command between any computer having speed issues and the destination computer where you are trying to share resources, such as your server. This will show you the number of hops (or other network resources) your packet will take until it lands at its destination. Your goal is to take as many hops out of the equation as possible to shorten the trip.

If you are using multiple Internet connections, it may be difficult to remove some hops. This is where the choice of technology makes a difference. A technology such as Metro Ethernet can really help you reduce that overhead. It provides a network between multiple physical locations without having multiple Internet connections as it does not use routers, in general. It uses switches, which are faster because they are not opening the packets as they flow through the network … making it one network and reducing the number of hops.

Bandwidth is still important, however, for those who would be connecting outside of your office infrastructure. Be sure to carefully do the math on the needs of staff who will not work in your office and be sure to provide enough bandwidth for your current workload and theirs.

Ultimately, if handled correctly, you can actually save money using a combination of increased bandwidth at a source location and a Metro Ethernet provider who can share all of your resources with lower overhead between office locations.

More detail on Metro Ethernet can be found here for those looking for deeper technical knowledge.

Craig Sutton is the owner of Sutton Brand Management. Using his background in tech, including 5 years managing the servers and networking team for a major regional Internet provider and also owner of an IT and Web software development firm, he harnesses the power of digital and traditional marketing to help small to medium sized businesses excel.
13 Reactions
Subscribe
Follow @smallbiztrends
RSS LinkedIn Pinterest iTunes