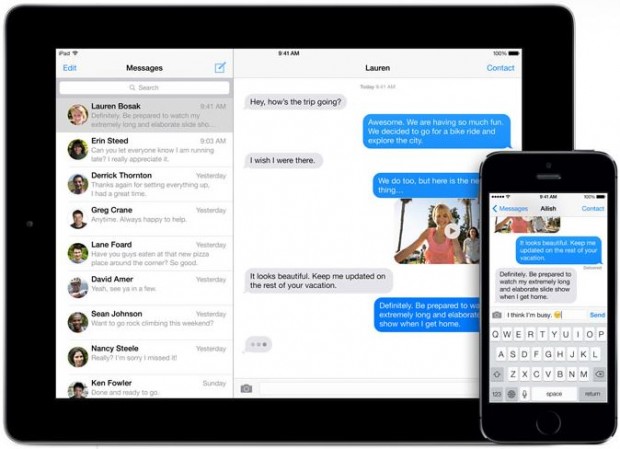 The Apple iMessenger instant messaging service cannot be hacked by anyone, not even the company itself, says Apple. This is after a security company called QuarksLabs presented research suggesting Apple could hack the instant messaging system if it wished.

But Apple told AllThingsD recently such hacking would require a complete re-engineering of its system and that it has no intention to do so.

Whether Apple can or can’t re-engineer iMessenger is hardly the point. Demand for online security has become huge.

The Demand for Security Increases

That demand has grown since revelations about the National Security Administration’s online spying activities both inside and outside the U.S. surfaced.

But it’s also fed by high profile hacking cases at major companies which show how easily sensitive personal and business information can be obtained.

For small businesses this is a huge issue, too. The fear is that passwords or other confidential information communicated through email or other online messaging can be intercepted or read. This could put your data or the data of your clients at risk.

In an interview in the New Yorker earlier this month, McAfee detailed D-Central, a pocket-sized box. It will sell for less than a hundred dollars and will create wireless networks between computers and other devices. These networks can allow private transmission of messages but don’t connect to the Internet.

The data-privacy market offers huge opportunities in the near future. But few U.S. companies may be able to exploit it. That’s because reports about NSA spying create doubts about whether U.S. companies can keep that data secure, reports Minyanville.

In fact, two startups focused on providing encrypted emails for enhanced privacy have shut down.

One is Lavabit, the one-time email service of NSA leaker Edward Snowden. Owner and operator Ladar Levison said in a post on his site he couldn’t reveal the reasons for the shutdown. But he did imply government intervention was involved.

In August, Silent Circle CEO Michael Janke told TechCrunch the company had decided to shut down its own email service because of similar concerns.