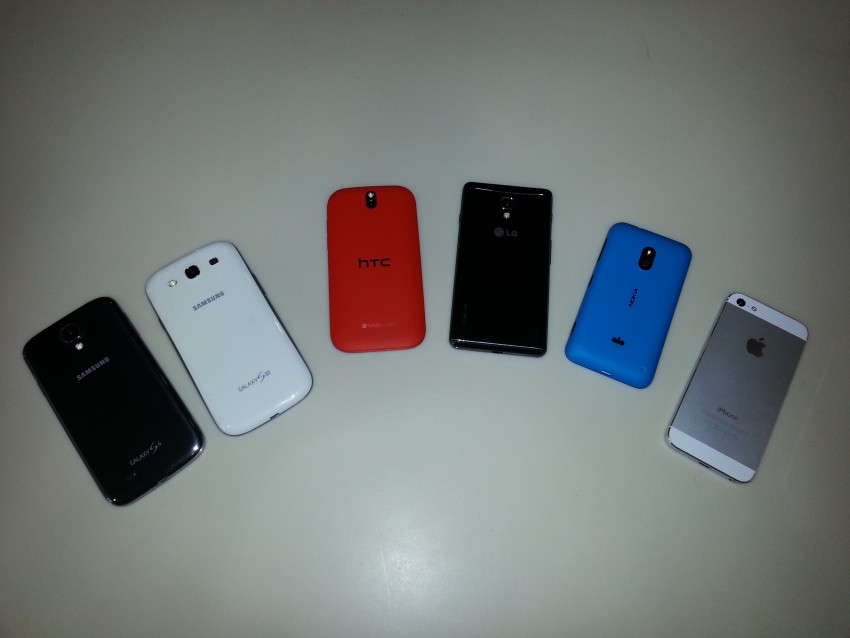 No-contract cell phone plans are common, but not widely talked about among business owners. Most of the time, you hear about the major carrier brands because they provide an “all you can eat” unlimited type plan and that appeals to the busy owner. However, those plans come with a hitch – you get a lower cost of entry, but overall higher cost.

In this cell phone comparison review, I take a fast look at six smartphones: Three from Boost Mobile, two from new kid on the block, Aio Wireless (owned by not-so-new-kid, AT&T) and one from Ting. 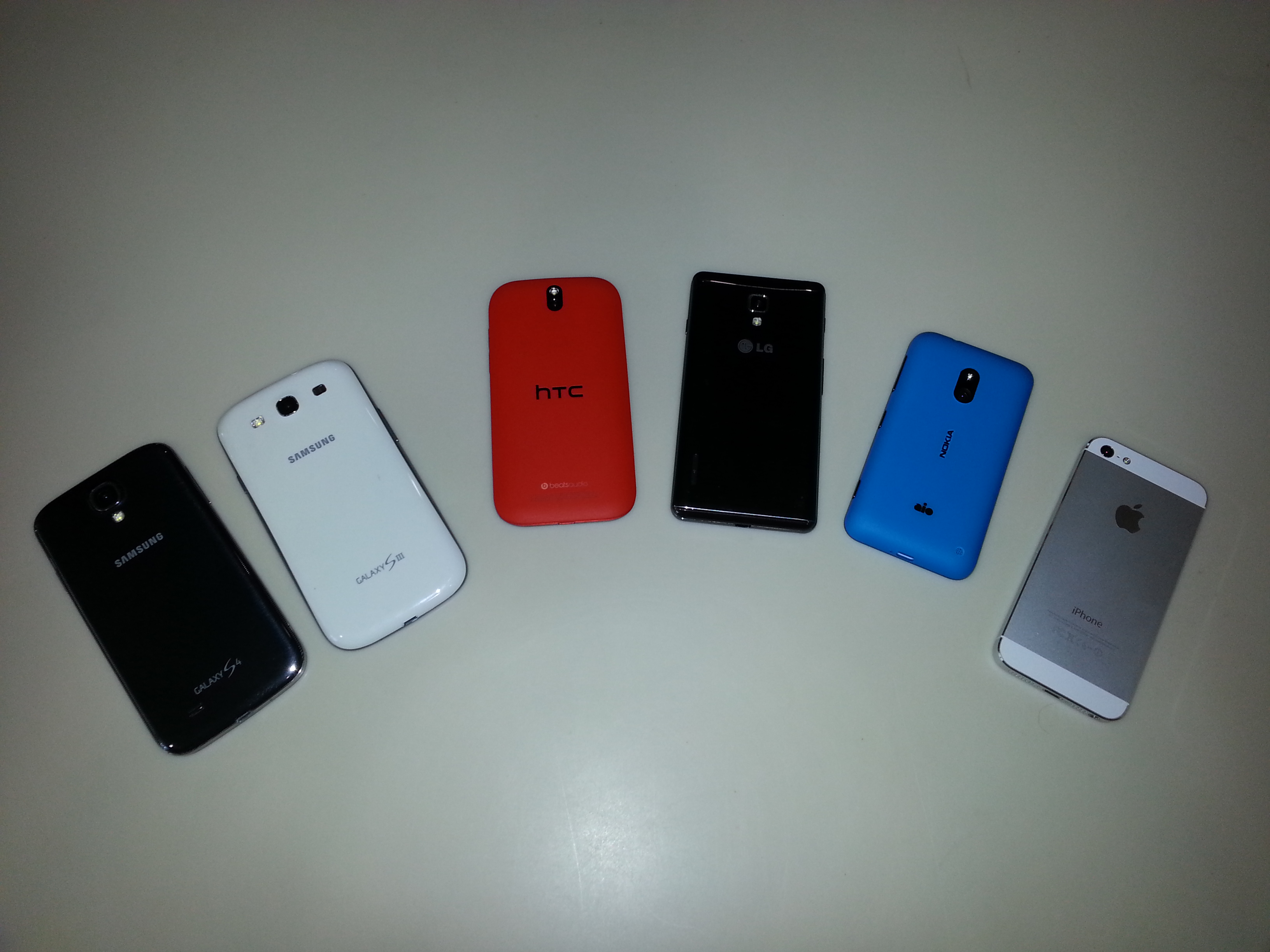 Four of the phones included in this cell phone comparison review are Android-based smartphones. Although they are running nearly the same operating system (OS), they are far from the same. Manufacturers decide to build their hardware for a specific version, let’s say Android 3.0, and then create an interface or skin that is unique to that particular device. The look and feel is mostly the same, but not entirely.

What May Not Be Obvious

In the no-contract cell phone world, you purchase your phone for cash. There is no subsidy from a major carrier here. There’s no long term contract (as the name implies) and usually no penalties if you decide to move to another plan or provider, depending on the phone. You pay on a month-to-month basis, and sometimes prepaying several months to a year ahead gets you a greater discount. Some of the no-contract providers have special offers, on a certain phone, that helps reduce the cost.

On the surface, all smartphones are relatively the same. Each of them is a powerful little computer that can do some or all of the tasks you might do on a laptop. In fact, I have used a Bluetooth keyboard with several of these to type out a document in Evernote as well as on the mobile version of Microsoft Word. I have built simple spreadsheets and recorded presentations.

As you can see in the image below, I have put the HTC One SV on a tablet stand along with a Kensington Bluetooth keyboard. The tablet stand is called the iSlider from Rain Design. I use it with a variety of mobile devices and find it works well and travels well. Some days, this is all I have in my bag. Sure, the screen is small, but it backs up to the cloud and I pull it up on my laptop when I’m back on my main machine. 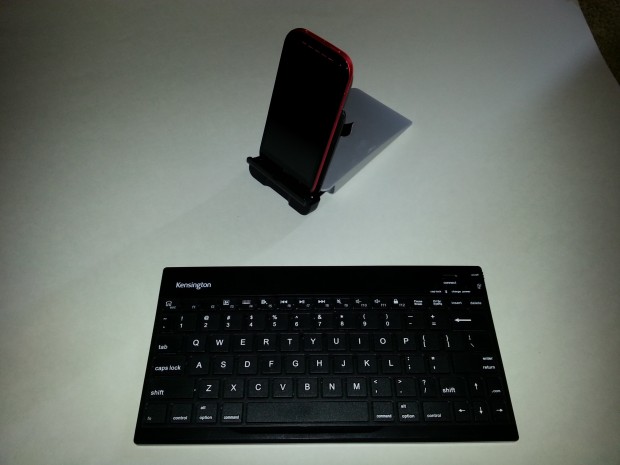 Now, to the cell phone and service reviews.

I wrote a review of Ting with the S3 and the company also sent me the S4 to review. Hands-down, this is the fastest, most powerful smartphone I have used and you can even hook your S4 and view it on a television.  I love their “Savings Calculator” to help consumers and business owners pick the options that work best.

I currently pay about $15/month for my base plan which includes 100 minutes, 100 Mb of data, and 100 texts ($3 for each option, then $6 for phone/line cost). Hard to beat. Loads of phones to choose from, including used ones and the ability to bring your own, if your existing phone works on Sprint.

Boost Mobile sent me test devices for the next three phones (pictured: white, red and black, in order). While the devices are awesome, it is the plan that really stands out. They offer what they call “shrinking payments” which allows you to reduce your bill by paying on time. You can get your bill down to $40/month for a pretty good unlimited plan.

While this loaner is not mine, I have and use the S3 daily. I use the voice recorder constantly for dictating posts, but also love the powerful speaker capability on this phone. There’s a little sound “boost” option while in speakerphone mode that helps in noisy situations.

The S3 is not much different than the S4. Since I use both nearly every day (my wife owns an S4 that I mess with regularly), I only see small differences. As above, the S4 is faster. If I were purchasing another today, I would opt for the S3 because you get most of the goodness in a lower cost phone.

A sweet, little phone that fits really nice in your hand. It has a slight velvet feel that gives it some grip. It is an Android-powered phone, but HTC has its own skin or theme that makes using it vary a bit from other Android phones and takes only a few minutes to get used to.

Elegant and fast, I found this phone to offer the strongest and fastest data connection with better than average performance downloading files. That could be Sprint, but my Ting phone is on Sprint as well and the F7 was much faster.

Without getting too technical, I think LG has some advantages under the hood that Samsung hasn’t cracked yet on the data access part.

Okay, full disclaimer: You have to love Windows 8 to love this phone. If you have been using another operating system, it will take a bit of learning to adapt to this interface. However, it did have some neat features that neither Android nor Apple had.

You can point your phone at a nearby street or neighborhood and it will display all the area businesses at a glance. You can then click through to see more about that business. The overall interface is slick, but it just takes a bit of getting used to. Other than that, it works like any other smartphone.

One of the downsides to some of the no-contract cell phone plan providers is they don’t get the newest phones first – those go to the major carriers with more subsidy dollars to spend. However, hats off to Aio for coming out of the gate with great new phones.

At the time they sent me the media loaner, the iPhone 5 was the newest phone from Apple. Of course, this is a powerful iPhone and you’re either a fan or you’re not. But you really cannot go wrong with an Apple product.

Aio Wireless phones are very affordable and the smartphone plans start at $55/month. They have a ‘bring your own phone’ option too, if you have an eligible existing phone that will work with one of their SIM cards.

No contract plans are not for everyone, but for those who don’t mind paying upfront for their phone, it is a great option. You can save a bundle on the monthly costs and justify moving from most major carrier contract plans.

What provider/plan are you currently using?

TJ McCue served as Technology/Product Review Editor for Small Business Trends for many years and now contributes on 3D technologies. He is currently traveling the USA on the 3DRV roadtrip and writes at the Refine Digital blog.
10 Reactions
Subscribe
Follow @smallbiztrends
RSS LinkedIn Pinterest iTunes