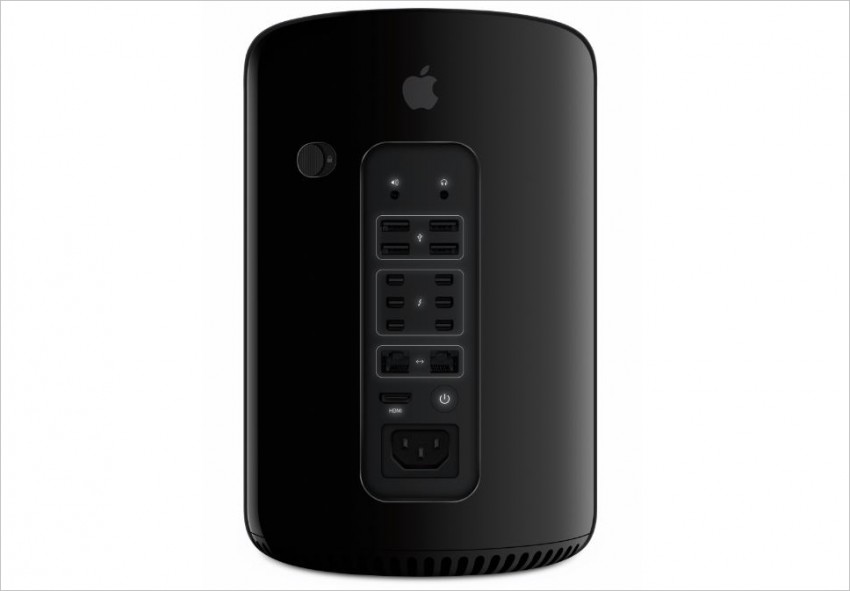 Apple introduced its unusual-looking Mac Pro last week, bringing the cylindrically-shaped desktop computer to the market before the end of the year. The company says the new computer should be available by December.

Clearly, the first thing you’ll notice on the Mac Pro is its appearance. The company says the computer is designed around a thermal core and there’s just one fan on the unit for cooling. The previous Mac Pro had eight.

Here’s a look at the new computer from Engadget:

The second thing that will jump out at you, of course – especially budget conscious small business owners – is the price. At a base price of $2999, this is going to be a computer for a business or entrepreneur with specific and intense graphic or video editing needs or for a main, perhaps shared, work station.

Apple says the new Mac Pro is designed to handle any digital artist’s demands, including the ability to stream and edit 4K video in real time. The Mac Pro also has six Thunderbolt 2 ports for peripheral devices.

The new Mac Pro is our vision for the future of the pro desktop, everything about it has been re-imagined and there has never been anything like it.

The Mac Pro can handle up to three displays, with the third connecting through an HDMI port for broadcast signals. The computer will include Apple’s new OS X Mavericks installed.