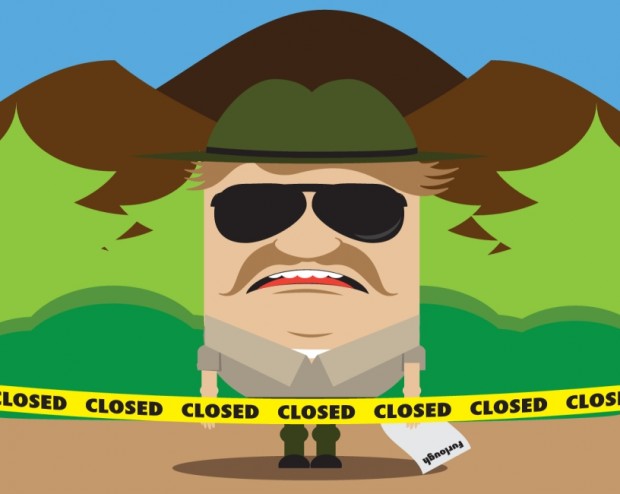 A U.S. debt default has been averted and many federal agencies have reopened. But at least one group of small businesses won’t recover so easily from the weeks of government shutdown.

No, it won’t be small businesses waiting on Small Business Administration backed loans. Critics have pointed out the SBA helps fewer of the smallest businesses who really need it than many Americans realize.

And it’s not even federal contractors. Sure, waiting for money over the shutdown likely caused an inconvenience. Still, most get paid per contract once the government starts operating again. That’s according to National Federation of Independent Business economist, Bill Dunkelberg.

No, one of the hardest hit groups may be small tourism and related businesses. This is particularly true of the businesses located around the 401 National Park sites closed during the shutdown.

Estimated losses around one large national park alone are staggering. Businesses within 60 miles of the 800 square mile Great Smoky Mountains National Park may have missed out on $33 million in visitor revenues.

And that’s just in the first 10 days of the shutdown, economist Steve Morse of Western Carolina University told CNN Money.

Unlike federal contractors, for example, these businesses never see revenues replenished when things get back to normal. When tourists cancel vacations, the money to local businesses for the season is lost permanently.

Grand Canyon and Statue of Liberty Open for Business

That’s why state and local funding was used to reopen the Statue of Liberty in New York City and Grand Canyon National Park in Arizona during the shutdown, reports Bloomberg Radio.

Projections showed six rafting businesses at Grand Canyon alone would have lost a combined $1 million in the final weeks of the 2013 rafting season.

That’s not counting restaurants, hotels and other lodgings, gas stations, outfitters and many other businesses serving the tourist industry.

Many Washington politicians say they support small businesses – but what do their actions demonstrate?

Shawn Hessinger is the Executive Editor for Small Business Trends. A professional journalist with more than a decade of experience in the traditional newspaper business, he has another 10 years of experience in digital media for trade publications and news sites. Shawn has served as a beat reporter, columnist, editorial writer, bureau chief and eventually managing editor with responsibility for nine weekly newspapers, the Berks Mont Newspapers. He is also a member of the Society of Professional Journalists.
7 Reactions
Leave a Reply Cancel reply
Subscribe
Follow @smallbiztrends
RSS LinkedIn Pinterest iTunes