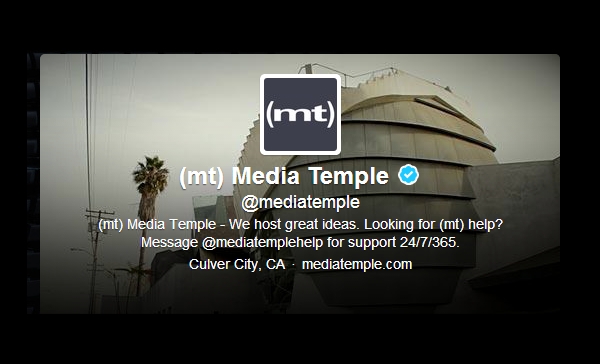 GoDaddy has made another acquisition – its sixth purchase in less than two years.  The company best known for domain names has bought Media Temple, a hosting company founded in 1998.

Media Temple, which also goes by the unusual designation (mt), has over 125,000 customers and hosts more than 1.5 million websites.

This is not specifically a small business play as some recent GoDaddy acquisitions have been.  However, small businesses and entrepreneurs know and use Media Temple.  But the company also hosts websites of some very large businesses, including Volkswagen and The Wall Street Journal.

Media Temple views its mission as serving the technical community of Web developers and designers.  GoDaddy CEO Blake Irving added in a prepared statement, “The people at Media Temple ‘get’ Web pros and developers.”  He adds that as a result of the acquisition, GoDaddy will “reach a more technical audience” than it has historically.

The different market targets are obvious when you look at the two companies’ websites.  The GoDaddy website now appears less technical under Blake’s leadership, appealing to small business owners and marketing types.  The Media Temple website unapologetically speaks “geek” to a technical audience.

Media Temple will be run as a separate company and not integrated into GoDaddy.  There are FAQs on the Media Temple blog indicating that hosting will continue out of the Media Temple data centers.  Discounts and coupons are not interchangeable — GoDaddy discounts cannot be used at Media Temple, nor vice versa.

One Media Temple co-founder, John Carey, will be leaving.  Co-founder Demian Sellfors will be “shifting his focus to other projects” although it’s  not clear precisely what that means.  His hand-picked successor, Russell P. Reeder, will remain as Media Temple’s President.

The Media Temple FAQs are unusual because they confront GoDaddy’s reputation in the tech community. The FAQs say, “GoDaddy has been transformed in recent months and is essentially a new company. If we did not like what we have seen, we would not have joined the GoDaddy family.”

And on Twitter, Media Temple founder Sellfors seems to be having to set the GoDaddy record straight for some who are unhappy with the news.  One response he made is, “I do not support their old advertising either, but this is not their direction anymore.”

Since 2011 GoDaddy has had new owners/investors. With the infusion of cash it has brought in a new management team and gone acquiring.

Virb, a $10-per-month website builder acquired by Media Temple in 2012, is not included in the deal.  Virb will be sold back to its founder/investors, who are the two Media Temple founders along with Brad Smith, according to a statement on the Virb blog.  GoDaddy has its own website builder product. The statement says GoDaddy’s vision for the two products is different.

Media Temple, based in Los Angeles, has 225 employees.  GoDaddy, based in Scottsdale, Arizona serves 12 million customers and has 4,000 employees.