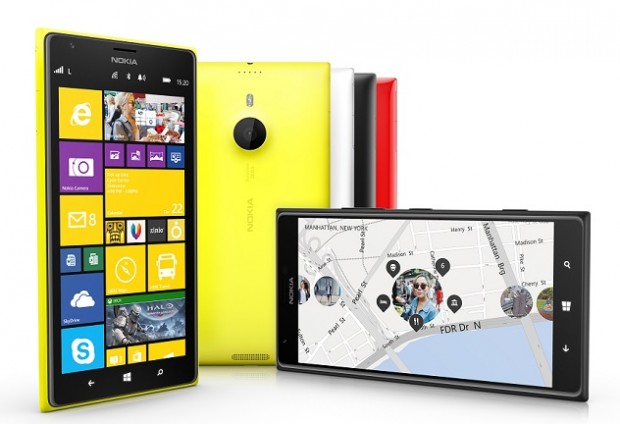 But the phone/tablet hybrid seems to include considerable functionality for the price.

For example, the Lumia 1520’s full 1080p HD screen resolution and updated version of Windows Phone 8 help take full advantage of the largest display on a Nokia phone yet. There is room for a third column of Live Tiles, the go-to spaces on Windows Phone for your most used apps, content and functions.

Here’s a quick overview of the device’s specs from TechBuffalo:

The screen on the Lumia 1520 is large enough for you to run business apps like Microsoft Office, which is included with the new phone. At the Nokia World event in Abu Dhabi, Nokia CEO and soon-to-be head of Microsoft’s devices division Stephen Elop demonstrated running and editing an Excel spreadsheet on the new phablet.

The phone also offers considerable memory: 7 GB in the cloud via Microsoft’s SkyDrive and 32GB of internal memory extended to 64GB with added external memory.

The phone also has a 20MP Pure View camera has an enhanced sensor that Nokia says works well even in low-light settings.

If the Lumia 1520 is still too expensive for your business budget, Nokia also unveiled a lower cost option this week. The Lumia 1320 Windows Phone offers comparative specs at less than half the price.

Could either of these phones function as your mobile office?