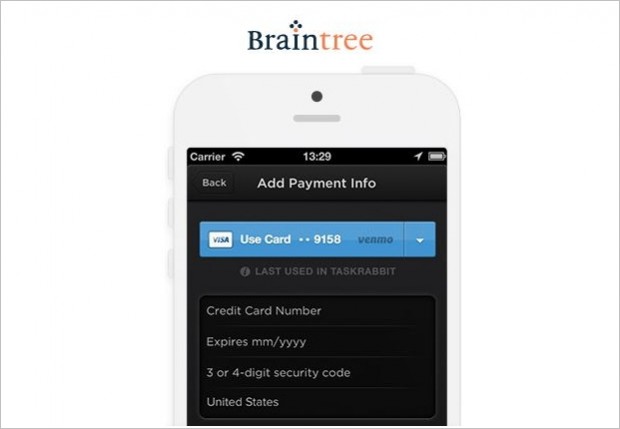 Small business owners and consumers alike need plenty of payment options. So it’s easy to see why the market always exists for developers providing more of them.

And that may have been one of the motivations for PayPal and its parent company, eBay, to acquire Web and mobile payment developer Braintree. The decision seems clearly rooted in providing more tools, not just propping up existing ones.

As a separate service offered by PayPal, Braintree will be able to scale its platform at a rate that is just not possible for a startup.

But he also said the Braintree team would continue developing and growing its existing products and business under the PayPal banner:

It’s business as usual for Braintree. Braintree will continue to maintain its best-in-class service for its customers and developers for the foreseeable future.

The acquisition, reportedly worth $800 million, is also an attempt to eliminate one competitor and fend off others, reports Reuters.

PayPal has faced competition not only from Braintree but also from credit card reader Square, which now operates its own online market and also from Intuit Inc.’s GoPayment.

Not that PayPal has needed help staying competitive, including in the mobile space. The service has just released its latest payment app on Android. See below:

But Marcus says he admires the way Braintree has developed innovative mobile solutions for major clients. Those clients include Airbnb, OpenTable, Uber and TaskRabbit. The expertise and the solutions created to serve them are now part of PayPal, too.