Are You Signed Up to Receive Twitter Alerts During a Disaster? 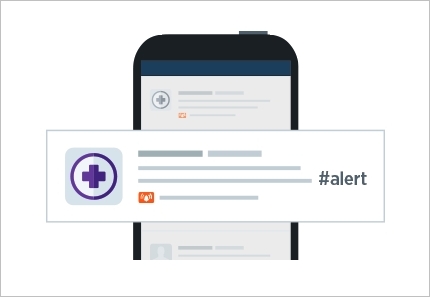 The social network wants to be everywhere- yes, that is the recent craze. The impact Twitter has made in today’s modern times is completely irreversible. It has paved the way to communicate easily, globally with those we want to communicate with.

Due to its vast reach and ability to provide updated information in real time, Twitter has been the conduit to all kinds of assistance. Among the heap of innovations, social media has continued to make its importance felt at every aspect of our life – including disaster emergencies.

Twitter, in particular, has once again made its magic felt by expressing their strong desire to be with us in the case of an emergency. Yes, you heard it right.  Twitter recently announced Twitter Alerts:

If you sign up to receive an account’s Twitter Alerts, you will receive a notification directly to your phone whenever that account marks a Tweet as an alert. Notifications are delivered via SMS, and if you use Twitter for iPhone or Twitter for Android, you’ll also receive a push notification. Alerts also appear differently on your home timeline from regular Tweets; they will be indicated with an orange bell.

Twitter is offering a way for subscribers to sign up for a Twitter Alerts program so that they can receive emergency alert tweets as well as directives from organizations through Twitter’s mobile app and message system.

Only authoritative and authorized agencies and organizations are allowed to use the new Twitter Alerts service and are allowed to do so only at times of immediate crisis and urgency. For instance, during a natural disaster, local agencies can direct citizens towards clean water, safety and other survival resources.

Users who sign up with the new Twitter Alerts program will receive smartphone notifications and text messages assuming that they agree to hand over their mobile phone number.  Some of the participants are Tokyo’s Disaster Prevention Service, the World Health Organization and the U.S. Federal Emergency Management Agency (FEMA).

This innovation showed its potential as a lifeline during Hurricane Sandy when residents on the Eastern U.S. seaboard informed others of the progress of the storm and pursued assistance on the mobile network.

. . .the service is at the cutting edge of disaster management in the age smartphones. . .today we have a two-way street where residents are informed about hazards in real time and emergency managers receive immediate feedback on the consequences of a disaster.

This is something Twitter is not experimenting with for the first time. Just a year ago, Twitter launched Lifeline in Japan.  Lifeline offers a similar alert system to make people aware of tremors. But this time, Twitter Alerts has expanded the reach worldwide. On the actual Twitter site, designated Twitter Alerts will appear differently on your Tweet timeline along with an orange bell beneath the Tweet.

But as it gains popularity, chances are that possibly, pranksters might abuse the service and spread misinformation and rumors on it. But to stop that from becoming a frequent practice, Twitter has maintained a strict attitude towards monitoring its content and resources to ensure its accuracy.

Social media has given us multiple opportunities for thanks and it is now proving itself an important part of our life.