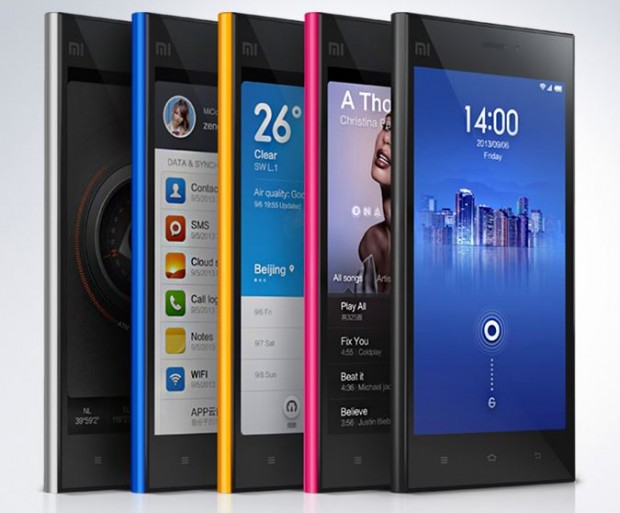 A Chinese company is gaining a firm foothold in that country’s smartphone market. And as businesses and consumers seek out affordable alternatives to more expensive phones, its worldwide growth is expected to continue.

Xiaomi makes smartphones with high-end internal specs. But the company sells them for about half the price of devices like the iPhone 5 or Samsung Galaxy Note 3 or S4.

For example, the company’s Mi3 smartphone has an Nvidia Tegra 4 chip, a 13-megapixel Sony camera and 2-gigabit RAM but sells for just $327.

Similar specs on phones sold in the U.S. from company’s like Apple and Samsung will cost consumers more than $800, reports Time Magazine.

Check out this overview from Engadget of the latest Xiaomi phone:

The domestic smartphone market appears to be trending toward the more affordable. Apple, which usually sells its devices at a premium, recently debuted the iPhone 5C for a starting price of $99. And other companies seem to be following suit with more affordable mobile devices including tablets.

But unlike Xiaomi, domestic manufacturers are sometimes cutting back on specs to reduce prices.  Meanwhile, Xiaomi phones are offering better internal specs than the affordable devices currently available in the U.S. and those specs are only likely to improve.

Xiaomi is projected to sell about 20 million devices this year in China alone. The company has eyes on the global market now with the hiring of a former Google executive who heads the company’s Android development, Time reports.

Earlier this year, the company’s share of the smartphone market in China beat out Apple for the first time ever, according to the IDG News Service.

Would you consider a Xiaomi phone for your business?