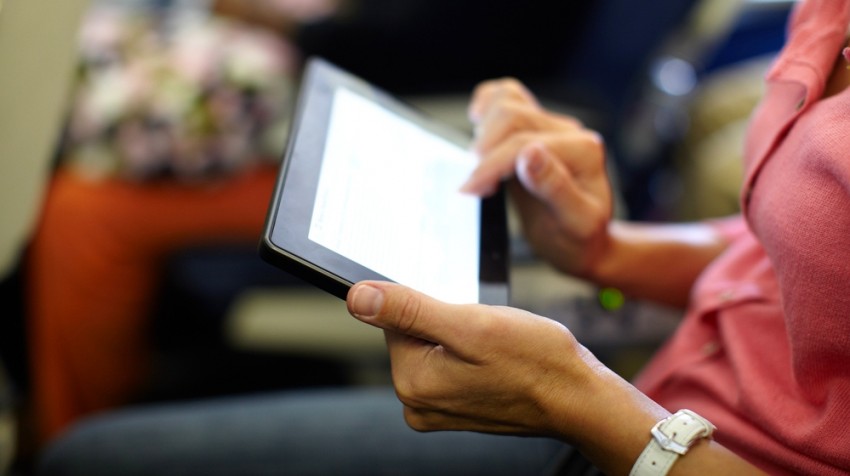 Actor Alec Baldwin would be thrilled. The Federal Aviation Commission has officially approved use of electronic devices in all stages of flight, with a few exceptions.

You may recall Baldwin was famously ejected from a flight back in 2011 after he refused to stop playing a game on his phone.

But for small business people who travel regularly, this is good news too. It means possibly being able to get a little extra work done while waiting for takeoff and landing.

The new FAA rules apply specifically to e-readers, laptops, tablets and, in some cases, smartphones. But they must be switched to airplane mode or have their cellular signal disabled. Laptops and other larger devices must still be stowed during takeoff and landing.

Previously, use of electronic devices was only permitted above certain altitudes.  Now many electronic devices can be used “gate to gate.”  Individual airlines are implementing the new policy one by one after getting FAA approval.  JetBlue, for instance, adopted the policy effective November 1, 2013 for its airline.  The JetBlue announcement says:

Under certain conditions such as low visibility, the aircraft pilot or crew might still ask passengers to turn off electronic devices during landing.

Airlines may begin allowing expanded use of portable electronic devices by passengers inflight as soon as they certify the aircraft can tolerate interference caused by the devices, the FAA says.

However, many airlines have already begun allowing expanded use of the devices on flights, Entrepreneur reports.

But don’t necessarily expect expanded privileges with your electronic devices on your next flight. Be sure to ask the airline’s policy ahead of time, if possible, on using your tablet or e-reader.