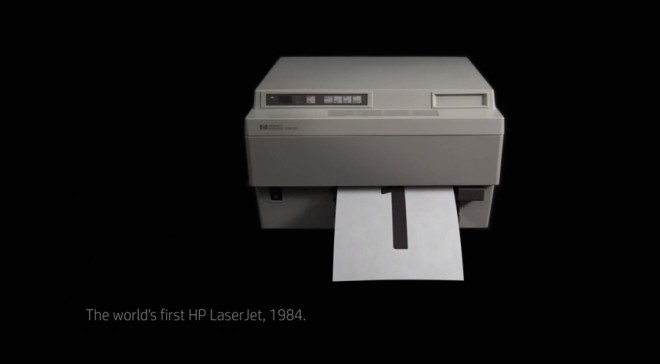 In 1984 HP introduced its first LaserJet printer.  Even though HP didn’t invent the laser printer, it was the first company to take it to the mass market with a desktop version, according to Wikipedia.

And supposedly paper is dead….  Apparently somebody forget to tell all the businesses and people buying those printers.

Another milestone for small businesses came in 1998, when HP launched the first color all-in-one device for the mass market.  “The all-in one saved small businesses money because you didn’t need to buy a separate printer, copier and fax any more,” he said.

The Printer Evolves Into A Business Kiosk 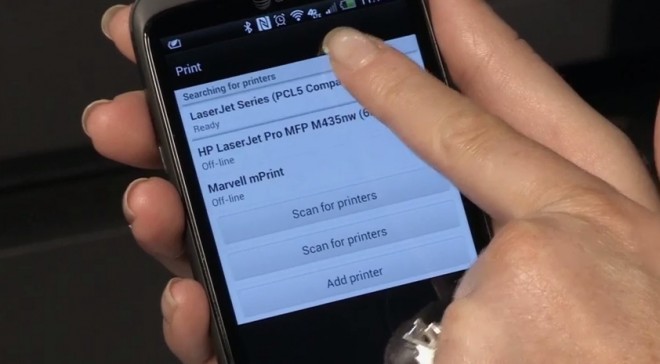 Today, new milestones are being chalked up at a fast clip.  The all-in-one printer has evolved into what Laing calls a stand alone business kiosk.  “These multifunction machines used to be called ‘peripherals’ but now can function as a stand alone kiosk for a small business.”  In other words, given the direction of today’s technology, you don’t necessarily need to use a computer to locate and print documents.

Users can print directly from mobile devices such as smartphones (see above).

Another area involves accessing documents stored in the cloud directly from the printer.   HP’s newer devices have touch display panels so you can search, print and scan documents, without having to use a desktop computer or laptop.  Some models even have pullout keyboards for enhanced functionality.

From these devices you can locate and print documents stored in cloud filing systems such as Dropbox, Box.net and Google Drive.  HP also has its own cloud file storage system called Flow CM, which Laing says has more advanced technology than competing cloud file-storage systems.

For instance, using Flow CM you can search the entire text not only of written documents, but also in audio and video files. You don’t need to create a written transcript first — the technology is capable of searching the audio and video.  It also is intelligent enough to detect the meaning of the words, Laing claims.  “Previously this technology was available only for large enterprises, but now is available for small businesses,” Laing noted.  The technology came via HP’s acquisition of Autonomy a few years ago.

The actual 200 millionth LaserJet machine will be placed in the HP offices in commemoration of the LaserJet printer history.  To mark the occasion, the company is also holding a sweepstakes and awarding special limited editions as prizes. The sweeps is open through December 24, 2013.