Now that the 2013 Small Business Influencer Awards are over, it’s never too late to start thinking about next year. Who knows, maybe you’ll end up becoming a Champion.

What’s interesting about being involved in the Awards each year is to see how different each nominee works to get votes. I recently met with Laura Rubinstein, a social media and marketing consultant, as well as the President and Co-Founder of Social Buzz Club.

Laura was nominated in 2012 and was a Champion this year in 2013. Her strategy to getting more votes from her community was quite unique. 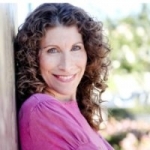 SMBInfluencer Awards: What made you decide to go further in promoting your SMBInfluencer profile over the past 2 years?

Laura Rubinstein: I’ve been working with small business for over 2 decades and have a passion for igniting entrepreneurial success. It was such an honor to be nominated for the Small Business Influencer Award. I felt that winning this award, unlike any other, truly represented who I am and what I’m dedicated to doing.

Laura Rubinstein: Communicating with my personal network of clients and the email list members I’ve developed over the years was the best way to get repeat votes.

I also created an infographic and blog post about the “7 Keys to Being A Small Business Influencer.”  This was a hit. Lots of people shared it across Facebook, Twitter, LinkedIn and Google Plus. I sent out a LinkedIn email as well, letting people know of the nomination and the blog post.

Using images throughout the voting period was probably the next best strategy. I created images with quotes by Stephen Covey on them and a request to vote. I submitted one Facebook post to our content syndication site, and that one Facebook post got over 30 people sharing it across various networks. I got creative with a few images requesting votes as I didn’t want to hound my friends with a boring message. Images included animals, quotes and even images of the votes.

Participating over the years in some great Facebook and LinkedIn groups also garnered great support.

SMBInfluencer Awards:  How big is your network?

Laura Rubinstein: I don’t have the largest network out there, but I made it work for me. I have:

SMBInfluencer Awards:  How did you use the Facebook comments on your profile?

Laura Rubinstein:  The comments that people posted on the voting pages were awesome testimonials. I took screen shots of each one and am adding them to my website.

SMBInfluencer Awards:  What tips would you provide SMBInfluencer nominees for 2014? How can they get more votes from their audience and beyond?

Laura Rubinstein:  It’s important to build relationships throughout the year with your clients, target audience and colleagues online. I love using social media because of the increased reach you can get.

Use the recommendations in the blog post  “7 Keys to Being A Small Business Influencer.”  These steps will serve you well. That’s how I do it. If you produce great blogs, articles or videos, you’ll get way more traffic, visibility, credibility and expand your influence.

Susan Payton is the Communications Manager for the Small Business Trends Awards programs. She is the President of Egg Marketing & Communications, an Internet marketing firm specializing in content marketing, social media management and press releases. She is also the Founder of How to Create a Press Release, a free resource for business owners who want to generate their own PR.
7 Reactions
Subscribe
Follow @smallbiztrends
RSS LinkedIn Pinterest iTunes