When the Pros Secure Your Network You Keep Away the Cons 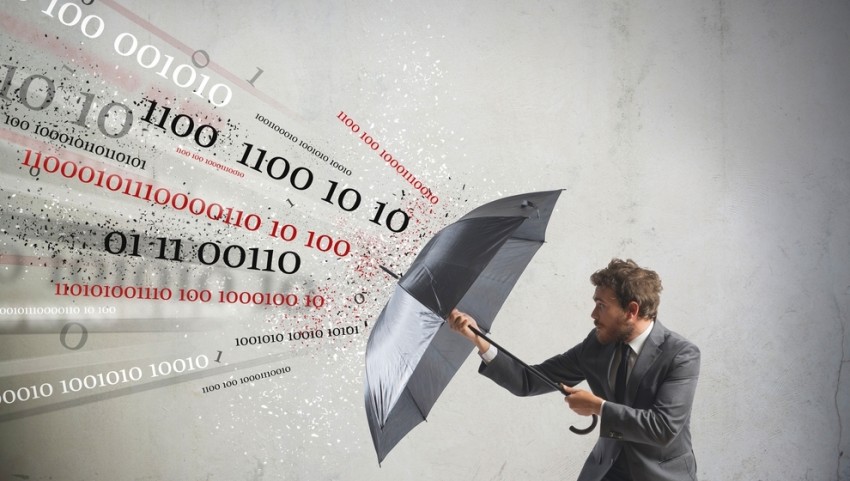 “Yin and Yang” is used to describe how seemingly opposite or contrary forces — such as light and dark, hot and cold, fire and water, positive and negative — are interconnected. In the world of internet technology the Yin and the Yang, like it or not, are the IT professional and the hacker.

Wherever technology exists there will be a professional trying to protect your valuable data — and the potential of a hacker trying to get to it. There have been unprecedented number of attacks on business networks in recent years, and it just continues to grow.

Small business networks and websites are a common target, as they are perceived as being soft targets.

The reasons hackers try to infiltrate computer systems is also much more widely varied than you may think. While some are certainly thieves trying to steal money or data, or may even demand blackmail to go away. Others are hacking websites looking for a “host” to plant viruses, links, or to use as a tool for a planned malware attack. Recently 20,000 legitimate sites were infected with one type of malware.

Whatever the reasons, you may be a pawn in this game they play. Ignoring your network security is akin to ignoring your health. Sure, maybe nothing will happen … but when it does, it may already be too late.

So What Should a Responsible Business Do?

Unless you happen to be an IT or security professional, you should hire one.

Sure, those nice out-of-the-box routers you buy at the big box store don’t seem hard to set up if you just follow the basic instructions. But those basic instructions don’t do much of anything other than allow you access to your Internet and other computers. Most have very little to no security configuration on them to begin with. A professional can assess your access needs and apply a configuration to your router that will only allow access to application specific or process specific software’s, thus limiting access to your information from the outside world.

Then there is the consideration of viruses.

As a former IT business owner myself, I can’t tell you the number of times I felt empathy for a client who waited to long to have their slow computers checked out.

Too often a person will overlook the changes on a computer and dismiss them because they either feel they “don’t have the time to deal with it” or “computers just get slow over time.” Let me tell you something. Computers don’t just get slow over time … what makes them “slow” is change. Change can be created by software upgrades which may require more resources than your computer can now handle, but another major cause is that your computer has been infected and ignored.

That slow computer is probably slow because all of its resources are now being used to send your data back to a hacker — or to share a nasty virus with everyone you know.

You need to have good solid, updated anti-virus and anti-spyware software on your computers as the first line of defense. However, you need an IT pro because the one thing no software can stop is user interaction. That is, if you install a program, thus overriding the software, you WILL get a virus, and your software is not to blame.

At this point you need the talent of an IT professional to determine the damage and the best course of action to save your data and restore your work environment. Often times a virus installed by the computer owner cannot be removed by anti-virus software.

It would be futile to try describe every insecurity here, because there are so many ways a system or network can be compromised today. And the methods change all the time. That’s why you need a skilled pro with sufficient knowledge and access to tools and methods, on your side.

How Do You Choose the Right Help to Secure Your Network?

There are many firms out there, both locally and nationally that can provide these types of services. Look for solid references from other clients.

A 24/7 response time may be crucial for some business, with remote access so that they can connect to your network or computer for the fastest turn-around time. Also having on-site support is a benefit, as there are times a remote call just won’t get it done. For example, an issue with computer hardware.

Choose a provider who understand the entire gamut of technology. One provider that can support PCs, Macs tablets, smartphones, printers, networks, servers, etc. can be hard to find… but very important in today’s multi-platform world.

For the sake of simplicity and cost, look to your business technology services company first. Clearly they have staff that understand the tech and keeping things under one bundle has its advantages.

Craig Sutton is the owner of Sutton Brand Management. Using his background in tech, including 5 years managing the servers and networking team for a major regional Internet provider and also owner of an IT and Web software development firm, he harnesses the power of digital and traditional marketing to help small to medium sized businesses excel.
5 Reactions
Subscribe
Follow @smallbiztrends
RSS LinkedIn Pinterest iTunes