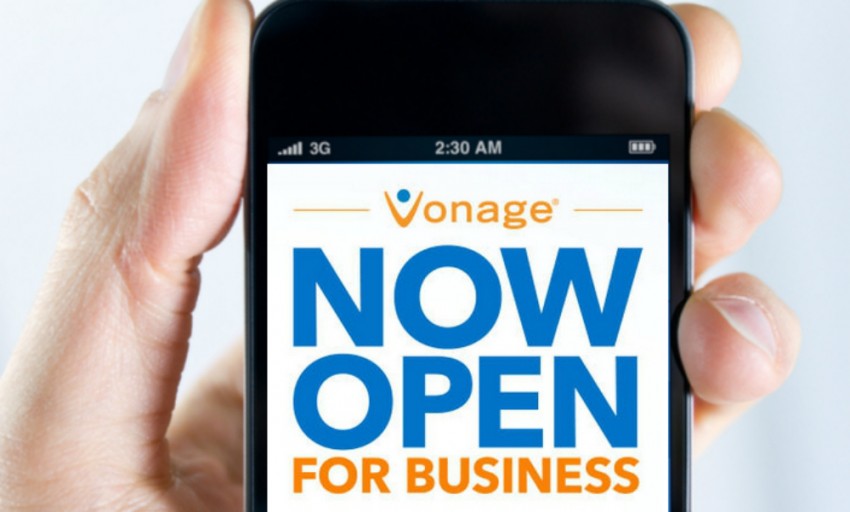 Vonage has acquired Vocalocity in a $130 million transaction.  In so doing, Vonage — which is best known as a provider of residential VoIP phone services — has increased the number of small business customers it serves.

Vocalocity started in 2006 as a provider of VoIP services.  VoIP stands for “Voice over Internet Protocol,” a phone system that connects via the Internet instead of traditional phone lines and switches.  At the time of the acquisition, Vocalocity had 23,000 small business customers.  Vonage, which has 2.4 million total subscribers, doesn’t release its numbers specifically for small business customers, but it already had a sizeable number of SMBs as customers, as well.

“This transformative acquisition will place Vonage at the forefront of the large and rapidly growing small and medium business market.”

Translation?  Vonage is now one of the largest providers of VoIP services to the SMB market.

And the market size for hosted VoIP services to small businesses is significant.  According to a July 2013 report by Frost & Sullivan, the SMB market alone for VoIP is $15 billion annually.

Yet, 85% of small businesses are still using traditional phones, estimates Wain Kellum, President of the new Vonage Business Solutions, and formerly Vocalocity’s CEO.  He told us in an interview that small businesses not using VoIP are missing out on benefits.

When small business owners first learn about VoIP,  he said they initially are attracted due to the cost savings.  On average, VoIP can reduce monthly phone costs by at least 30% — depending on how many calls the business makes, what percentage are international calls, and other factors.  It’s only later that the business owners come to understand the operational improvements that a VoIP system can bring, Kellum added:

“A lot of small business customers come to us because we take their existing phone bill and cut it significantly.  But then they discover all the things you can do with a cloud-based phone system.  It can give a small business new ways of doing things that a traditional phone system can’t.  One of the advantages of a cloud-based VoIP system is that you can integrate with other cloud services.  For instance, your customer service personnel can see a QuickBooks record about a past due payment when a customer calls in, and can issue a verbal reminder.”

While the term “cloud” is still confusing to some, the conversation has gotten a lot easier now that there are more business services in the cloud, Kellum said. “We just explain that they currently buy things at places such as Amazon over the cloud, or Internet.  Today they can buy their phone service through the cloud, too.”

Kellum says that Vocalocity small business customers will benefit from the acquisition. For one thing, they immediately get a reduction in international calling rates. Vonage touts “long distance rates to the most frequently called countries that are, on average, 75% lower than the competition.”

Small business customers of Vocalocity will also soon get extended service hours. Vocalocity’s service hours are 9 am to 9 pm Eastern time. By the end of the year customer service will be available to them 24/7, Kellum said.

Vocalocity customers will also see more product innovation due to the increased resources of Vonage being available, he also anticipates.  Vonage is much larger than Vocalocity.  Vonage currently has a market cap of $668 million.

Most of Vocalocity’s customers are small businesses with 50 or fewer employees, Kellum said.  “Our sweet spot was 25 employees and under,”  although the company also has customers with up to 500 employees, he added.

Vocalocity was founded in Atlanta by Boris Jerkunica, owner of the Atlanta Silverbacks soccer team.  Vonage is headquartered in Holmdel, New Jersey, with operations  in the U.S., Canada and United Kingdom.  Marc Lefar is Vonage’s CEO.