Move Over Siri, Donna Is Now On iPhone 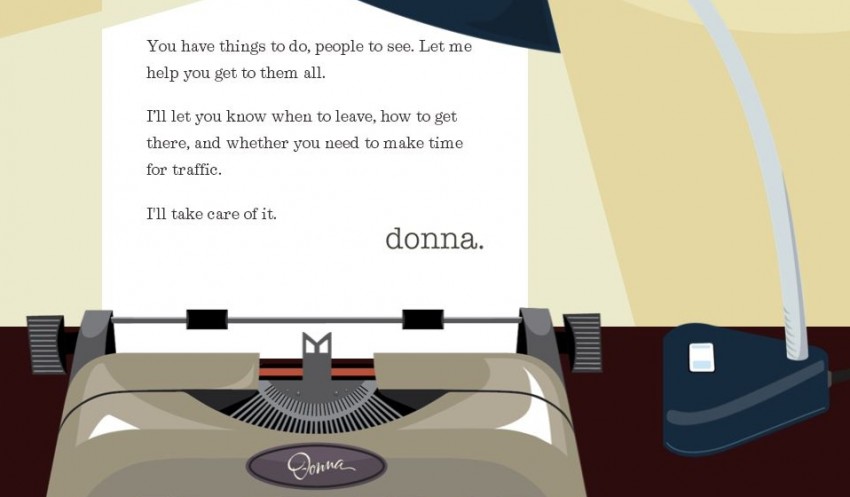 Your potential virtual staff is growing — on the iPhone at least. First, there was Siri, a personal assistant app integrated into the iPhone to act as what has been called a knowledge navigator. Siri answers questions and makes suggestions largely drawn from data on the Web.

The app draws from an ever increasing list of resources. These include local traffic information, parking information, driving directions from Google and, of course, information from your own digital calendar.

Incredible Labs Co-Founder and CEO Kevin Cheng says the app prompts you with reminders of your meetings. It gives you directions. And it tells you when to leave. Cheng says the app even takes into consideration whether you are driving, biking or walking.

Donna also checks other data to determine the kinds of traffic tie-ups and weather conditions you may face. Cheng says the app can even notify contacts that you are running late.

Donna does not speak to users with a robotic voice like Siri. Instead, the app prods you with quiet onscreen reminders. It’s similar to the way an email or social media app lets you know about the arrival of a new comment or message.

Cheng says Donna essentially acts as a filter for users already saturated with information. It brings up only relevant data and only when needed.

For example, while prompting you for your meeting, Cheng says Donna will also bring up a map of your route. At the same time, the app will also display other relevant information about weather and traffic conditions.

In the future, Cheng predicts Donna will be able to learn and adapt to a user’s individual habits and capabilities. For example, the app may learn your walking or biking speeds allowing it to provide more personalized time estimates for travel.

Donna is now available for free download in Apple’s online store. If you have an iPhone, you may want to test out this new digital assistant dedicated to getting you to your meetings with time to spare.