3 Ways To Let Others Do the Content Marketing for You 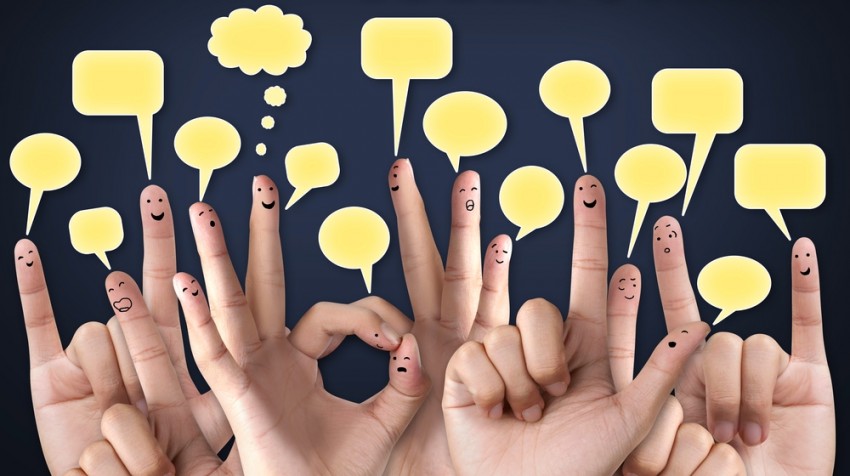 Content marketing is a complex, sometimes counter-intuitive way to make money. It often takes a lot of giving before you start to see the results. But those results are undeniable, and they stick around for years. They build momentum, and eventually become nearly unstoppable.

There are many answers to that, and some of them are mutually exclusive. But there’s one answer that may not have occurred to you. One of the most powerful ways to leverage content marketing – is to get others to do it for you.

1. Accept Guest Posts, and Do it Right

SEOs (search engine optimizers) and content marketers love the idea of guest posting as a way to build traffic. But few articles talk about the power of hosting a site that accepts guest posts as a method of building traffic.

Of course, opening up the floodgates and accepting guest contributions isn’t always a strategy that’s going to guarantee growth. We’ve all seen the slew of terrible article directories filled with subpar content that was clearly put together in about five minutes as part of an effort to manipulate the search results. Most of those sites pull little or no traffic.

Yet, if you look at most niches, you’ll find at least one major success that consists of content produced in large part by guests. It doesn’t take a genius to figure out that standards are the main thing separating the winners from the losers who employ this strategy. Of course, there’s no one-size-fits-all strategy here. But some commonalities include:

A Brand Identity with a General Shared Purpose for the Content

It’s not enough to only accept good, great or even awe-inspiring content. If the guest posts don’t have anything in common, you’re going to end up with a schizophrenic brand. Don’t get me wrong. I’m not saying that every article needs to be about the same topic, and in fact most marketers are probably too narrow, rather than too broad.

I’m talking about your tone, values and purpose. Those should be made abundantly clear in your guest-posting guidelines.

There seems to be a myth floating around that most users need a double dose of Ritalin just to sit through an article longer than a single page. Neil Patel has repeatedly found that long form content typically increases conversions as well. If an article is 400 words long, I feel fairly safe in saying it’s probably not valuable (unless you’re Seth Godin). That’s not a universal statement, but it’s generally true.

Please don’t take this to mean that a post is valuable if it’s long. Look for content that brings something new to the conversation, something a bit more comprehensive than anything else on the subject. Something that finds interesting connections, something insightful or something that puts a new spin on an old topic.

Your guidelines should strongly emphasize the takeaway. People will happily read long form content, but only if they feel like they’re getting something out of it. Your readers need to understand what the benefits are. That should be made clear in the title. Readers also love being told what to do. That’s why most of them are there. They’re looking for advice and instructions.

If the post isn’t useful or novel, it had better be entertaining. That means it ought to be funny, relatable, inspirational, cute or incites an emotion. Let me be clear on this, this is not the same thing as creating emotional content. Emotional content tells readers how you feel, when your goal should be to make them feel. Remember, the story creates an emotion, it doesn’t embody one.

I already know what you’re thinking, “How am I supposed to accept guest posts like this? Nobody’s knocking down my door.”

The answer to this is actually fairly simple. You just need to be willing to make a few investments. You need to set the bar high early on. The best way to do that is to work with somebody influential from the very beginning.

If you think you need to have an amazing site before that happens, I’m going to tell you that you have it all backwards. Jon Morrow is with me on this. It’s influential relationships that make all the difference. You know what Jon Morrow finally did that turned his blogging career around? He hired Problogger’s Chris Garret to give him some pointers. His response was that nobody knew who he was.

If nobody’s knocking down your door for a chance to guest post, chances are nobody influential has worked with you yet.

I know a lot of people stress “relationship marketing” and if you’re already good at that, you probably already control a massive platform with influential people requesting to contribute content to your site. If that’s not you, I’m going to let you in on a little secret – people like to get paid to write.

Digital marketers have grown up in a culture where you write to make money by getting attention. But a lot of them come from a journalism culture, a culture where people expect to get paid to put finger to keyboard. If they’re any good, and if they’ve got a network, they’re probably getting paid. And most times, influential bloggers generally aren’t asking for that much money.

None of this is an excuse to stop approaching them like human beings, of course. Most of them are very busy. You should still make at least a bit of an effort to sell them on the idea of writing an article for you. After all, you’re probably going to want to do this more than once, and you’re probably going to want them to feel comfortable sharing your site and promoting you on their network. Use the money as an ice-breaker to kick off a relationship, not an excuse to avoid it.

It won’t take too many of these paid gigs with influential writers before outreach starts to get easier, and you start to notice that you don’t need to offer the money to get the results. Keep at it for several months or up to a year or so. Pretty soon, you’ll be getting more requests than you’ll know what to do with.

That said, I’d like to direct you to a little Facebook Page called Just Girly Things. A Facebook Page with an engaged audience a full three times larger than its subscribed audience. While the Page doesn’t seem to make this clear anywhere (again, not so ethical), most or all of the content posted on this page is reposted from elsewhere on the Web. This hasn’t stopped them from reaching an incredibly broad audience by posting content that people can’t seem to stop themselves from sharing.

For a more business-related example, take a look at Shopify’s Facebook Page. On a platform where it’s most common for brands to reach less than 1 percent of their audience, Shopify is reaching about 10 percent of them. Why? When they could be spamming their audience about their sweet new hardware kits for their iPad POS system, instead they’re posting inspirational quotes from their Pinterest boards. And those Pinterest boards are made up of curated content.

As a curator, you have a few basic responsibilities:

Curation is also useful as a way to test audience responses and learn intuition about what kind of content propagates through your network. You can leverage this knowledge to produce your own bite-size content, a crucial differentiator that will make your social presence even more valuable.

Finally, familiarize yourself with Fair Use and any other applicable laws when you choose to leverage content curation for marketing purposes. There is a fine line to walk here, and while social networks have changed the way things like this are approached, you need to be aware of the legal risks involved.

By now, most of you are probably familiar with the term “user-generated content,” but understanding how to leverage it and use it as a marketing tool isn’t quite so obvious. Your audience and customers don’t work for you. You can’t tell them what kind of content to produce, or even to produce it in the first place. How do you use this to generate sales?

For starters, I just want to be clear that this stuff works. Peer-reviewed science has demonstrated that social media activity produces sales. And that, by far, the most influential communications are the information-rich communications between consumers.

But what can you do to get those information rich interactions started?

Photo contests like the Guardian’s “Own the Weekend” or Burberry’s “Art of the Trench” can massively reinvigorate a brand, expand your reach, and connect you with your audience. Photos get conversations started, especially when the stated goal of the contest is to create a photo worth talking about. You can take this to the next level with Vines or videos.

If your audience is of sufficient size, it’s never a bad idea to set up a forum on your site. While social networks have become the dominant place for people to interact online, forums are still the most heavily used platforms for discussions revolving around a specific subject. Since brands are often subject-driven, forums are incredibly powerful.

Nothing gets people talking quite like a question. Simple, open-ended prompts designed to get ideas flowing are especially effective.

User-generated reviews have been central to Amazon’s success, made all the more useful by the fact that the reviews are easy to write and vote on. Sites like Imgur, someecards, and Cheezburger owe their success to the ease with which people can upload images and generate memes. The more tools your users have at their disposal to generate content, the more user-generated content you will have.

With enough quantity, you get quality. And if you have a rating system in place, the most shareable content will rise to the top.

Moderation is a Crucial Part of the User-Generated Content Process

It’s crucial not to get overbearing with your moderators, but at the same time, it’s important to maintain a brand identity. You want to create an environment where people feel welcome to have their own opinions. But you don’t want Internet trolls to turn the place into a mess of hate, brand-bashing and crude jokes. Put a clear and concise moderation policy up, and enforce it. Where possible, allow users to vote on comments and content, or to flag them, in order to put some level of self-moderation in place.

While user-generated content is a great way to expand your reach and build a connection with your users, it can backfire terribly if you fail use it to develop a brand identity and a sense of values. The goal of these user communities should always be to build a core following and a corresponding identity for your brand.

Pratik Dholakiya is the founder of Growfusely, a content marketing agency specializing in content and data-driven SEO. As a passionate SEO and content marketer, he shares his thoughts and knowledge in publications like Search Engine Land, Search Engine Journal, Entrepreneur Magazine, Fast Company, The Next Web, YourStory, and Inc42, to name a few.
17 Reactions
Subscribe
Follow @smallbiztrends
RSS LinkedIn Pinterest iTunes