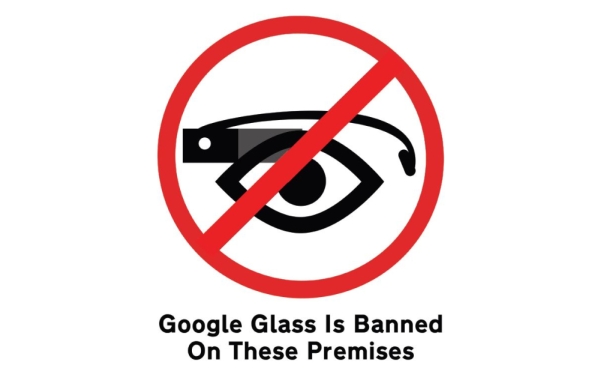 The Web is buzzing with what may be one of the first instances of a business asking a customer to leave over its Google Glass policy. Not too surprisingly, this happened at Seattle’s Lost Lake Cafe and Lounge.

“We recently had to ask a rude customer to leave because of their insistence on wearing and operating Google Glasses inside the restaurant. So for the record, here’s our Official Policy on Google Glass:

We kindly ask our customers to refrain from wearing and operating Google Glasses inside Lost Lake. We also ask that you not videotape anyone using any other sort of technology. If you do wear your Google Glasses inside, or film or photograph people without their permission, you will be asked to stop, or leave. And if we ask you to leave, for God’s sake, don’t start yelling about your “rights.” Just shut up and get out before you make things worse.”

Of course, there are plenty of comments both supporting and opposing the policy and the decision.

The reason all of this isn’t too surprising is that Lost Lake Cafe and Lounge owner David Meinert has already made headlines and waves on this topic. That was for banning the wearable tech at one of his other local businesses, The 5 Point Cafe.

Of course, we’ve already seen one motorist cited for wearing Google Glass while driving. But for business owners, the decision is a bit more tricky.

The customer, Nick Starr, quickly posted on Facebook complaining about the incident, reports The Seattle Times. But Starr’s feed is apparently not available at this time, perhaps because of the war of words going on.

On the other hand, business owners need to consider the privacy and preferences of the majority of their paying customers. Some of them may not appreciate becoming part of someone else’s online content.

Shawn Hessinger is the Executive Editor for Small Business Trends. A professional journalist with more than a decade of experience in the traditional newspaper business, he has another 10 years of experience in digital media for trade publications and news sites. Shawn has served as a beat reporter, columnist, editorial writer, bureau chief and eventually managing editor with responsibility for nine weekly newspapers, the Berks Mont Newspapers. He is also a member of the Society of Professional Journalists.
5 Reactions
Subscribe
Follow @smallbiztrends
RSS LinkedIn Pinterest iTunes