How You Can Actually Kill A Sale 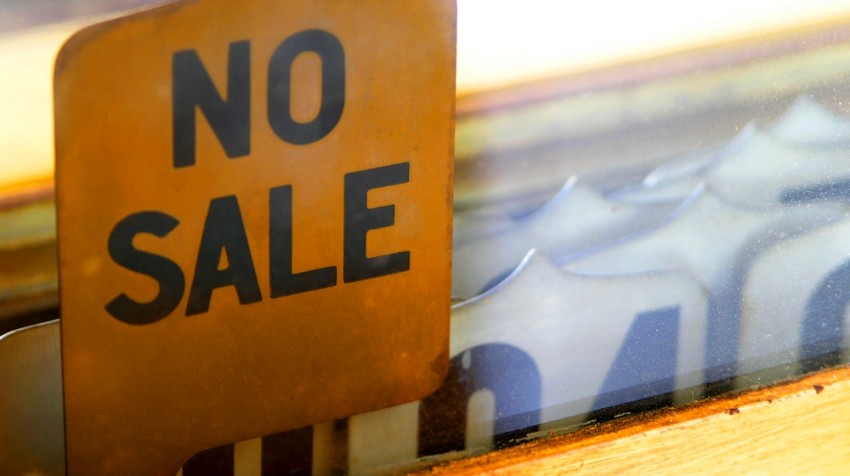 There are various reasons why people don’t buy from us, or don’t buy again. However, there is one huge deal killer and it is lack of trust. Lack of trust can instantly kill a sale. If your prospect or client doesn’t develop, or loses, trust in you – it’s over. You’re toast.

In the U.S. we are unfortunately dealing with a very public example of this – The Affordable Care Act. What I’m about to discuss isn’t political. It isn’t about the merits or lack thereof of the legislation. Rather, it is about the sales lesson we can learn.

So, take off your partisan hat (if you have one) and put on your sales hat.

Trust: How to Kill a Sale

We’ve been told that people buy from people they trust and that trust is earned and developed over time. If we look at what causes us to trust someone, it is this:

Using our example, the people who ‘bought into’ the idea of the ACA trusted the salesperson (President Obama) because those three elements existed for them. They believed that he was honest and truthful. So when he said they could keep their healthcare plan and their doctor, they believed him.

They believed that he had their best interest in mind. They didn’t think he was trying to be political or put his legacy above their needs. He is articulate and persuasive. He is, some would say, a great salesman because he can share a message convincingly.

They believed that he had gathered enough information to be able to create a valuable product. Something that would be beneficial to them.

This is something we see every day. Salespeople tell a convincing story, they sound sincere. And frankly, they may really believe what they are saying. The company believes it has a great product or service – for everyone.

People found out that this person who they trusted wasn’t being truthful. That what he kept telling them wasn’t how the product worked.

They started fleeing his ‘company’ and his approval rating tanked. This is also something we see played out in many industries. When a client or prospect discovers you aren’t being truthful with them, you lose their trust. They will either not buy from you, or they will not buy again.

This is when they develop the belief that you really don’t have their best interest in mind. They realize that you are really only looking out for yourself and are ‘selling’ them something.

Let’s spend some time on another aspect of the ACA experience. The website didn’t work. Sometimes we have logistical problems that get in the way of us providing outstanding service. THAT is not a deal killer.

If we are honest and truthful, and have our client’s best interest in mind, and we are sincere about our dismay over a problem, and we work tirelessly to resolve it, they will stay with us. We’ve got their trust so they will work with us when there’s a problem. What was discovered here is that the vendor wasn’t the expert. The vendor didn’t realize the complexity of the product offering.

Once again, the value of universal healthcare is not the point of this discussion. The sales pitch, failure to perform, and subsequent appearance of a lack of concern led to the loss of trust – and a deal killer.

Do your company a favor and hold on to trust. BE the company that is honest and truthful – even if it means you can’t sell to that person/company. Keep the prospect/client’s best interest above your own.

Be the expert. Know what you are talking about so you can match your solution to those who have a need.  It matters more than anything else in winning the sale.

No Sale Photo via Shutterstock

Diane Helbig is a Professional Coach and the president of Seize This Day. Diane is a Contributing Editor on COSE Mindspring, a resource website for small business owners, as well as a member of the Top Sales World Experts Panel at Top Sales World.
11 Reactions
Subscribe
Follow @smallbiztrends
RSS LinkedIn Pinterest iTunes