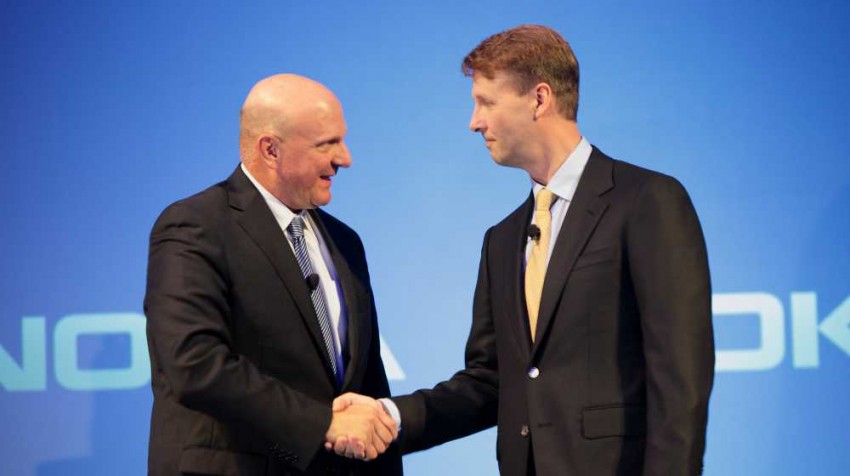 A multibillion dollar deal allowing Microsoft to acquire Nokia, one of the largest makers of Windows Phone devices, is a step closer to reality.

The U.S. Department of Justice and Federal Trade Commission have OK’d the deal, worth an estimated $7.2 billion.

All that remains is for European Union regulators to clear the agreement for Microsoft to buy the Finland-based Nokia’s Devices and Services Unit.

That approval too is expected to go off without much of a hitch, reports The Verge.

The acquisition of Nokia by Microsoft could be good news for Windows users, among them many small business owners. The move should lead to greater availability of devices running on Windows Phone.

Over the past year, Nokia has introduced the Lumia 625, its largest-screened smartphone to date. Other devices have included the Lumia 1520, possibly the largest Windows phablet, and even a Windows tablet, the Lumia 2520 with 10.1 inch screen.

Nokia shareholders approved the acquisition late last month at its “Extraordinary General Meeting” in Finland. In an official release at the time posted on the company’s website, Nokia Board Chairman and interim CEO Risto Siilasmaa said:

“Today’s vote brings us closer to completing a transaction which will mark the beginning of the next chapter in Nokia’s near 150-year history, offering the potential of greater value for shareholders.”

The acquisition may be a real boost for Microsoft’s tablet ambitions as well. Disappointing sales for both the Surface RT and Surface Pro caused the company to drop the prices of both. Nokia’s track record with mobile devices and its distribution network may prove huge assets moving forward.