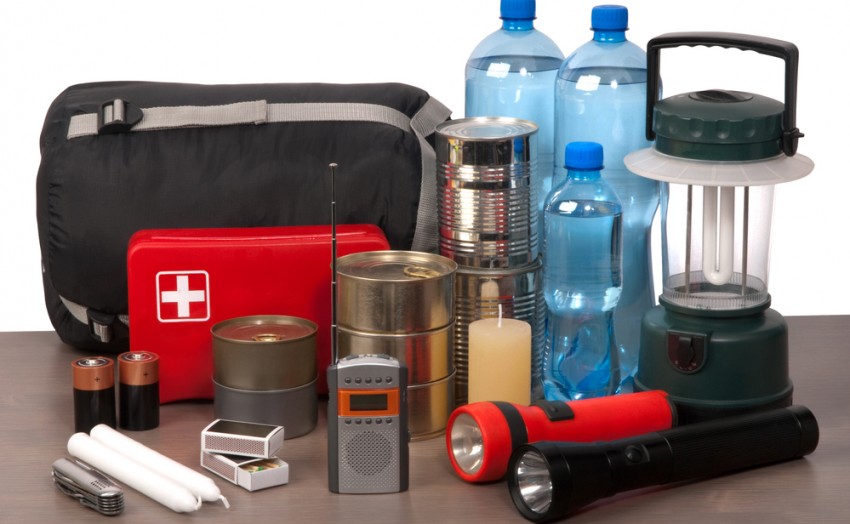 Until now, I’ve never written an article for Small Business Trends while sitting in my basement.  Usually, my words come alive in my well-equipped office.

But, I couldn’t write about prepper-related franchises without putting myself in the prepper’s shoes (or combat boots) for a few hours. I have to tell you, hanging around in my somewhat musty basement for a few hours is as far as I’m willing to go. It’s only been 15 minutes, and I’m already thinking of scampering upstairs to finish this article.

All kidding aside, today I want to take a serious look at a cultural phenomenon — and the franchise opportunities around it. I am not advocating that anyone run out and jump into these franchises. I never advocate jumping into ANY franchise without investigation. Buying a franchise involves spending serious money. There are pros and cons to buying a franchise. You should always do your due diligence.

But as part of my work, I make it my business to know about franchises that are available. As prepping has drifted more into the public’s eye, there are more products marketed to preppers.

And there are some prepper franchise opportunities with crossover appeal. We’ll get to that point in a moment.

“Doomsday Preppers explores the lives of otherwise ordinary Americans who are preparing for the end of the world as we know it. Unique in their beliefs, motivations, and strategies, preppers will go to whatever lengths they can to make sure they are prepared for any of life’s uncertainties.”

The National Geographic channel sounds a bit melodramatic, doesn’t it?

Drama aside, being prepared is a way of life for a growing number of people. Some Americans simply want to be prepared for the aftermath of a natural disaster like Hurricane Sandy or Katrina. Those events disrupted lives and businesses for weeks, months, in some cases years.

Did you know that there are meetings taking place for preppers all over the United States? Most are likely kept within close circles of family and friends, but some meetings are public. On the Meetup.com website I found many Meetups on topics such as preparedness, prepping, disaster, survival and similar terms.  Go ahead and try searching. You may be surprised.

There are literally hundreds if not thousands of websites, blogs, podcasts and YouTube channels on the topic of prepping and survival. Some have large audiences.

Let’s look at franchise opportunities that may take advantage of the prepping trend, yet also have crossover appeal to a mainstream market.   There’s also quite a bit of overlap in products when it comes to hikers, campers and hunters.  Keep that in mind as part of the potential target market.

I emphasize the crossover appeal when it comes to a prepper franchise, because the potential market will be larger.

Also, unless you are living the prepper lifestyle yourself, you may find it hard to break into a niche market like preppers.

The Anderson shelter was a popular mini-bomb shelter that was distributed to citizens in the UK during WW2. It’s a well-known fact that The Anderson shelters performed well under blast and ground shock. That’s because they were made with curved and straight galvanized corrugated steel panels – 14 of them actually.

Those wanting to reinforce a basement or building with galvanized corrugated steel panels might turn to a place like the local Metal Supermarkets franchise that makes it easy to buy reinforcing materials.

In the event of a natural disaster or something more, it’s a safe bet that electricity will be disrupted, too. It’s a good thing batteries were invented. Long-lasting batteries will be crucial to our comfort, even to our survival.

Mike Burzminski, the local franchise owner of Batteries Plus, stocks all sorts of batteries. Like:

Battery stores specialize in unusual batteries (beyond the AA battery in your favorite gadget) and chargers, and emphasize staff who are knowledgeable.

I was able to stock up on lots of items at my local Just-A-Buck store.

Everything in the store costs a dollar. I purchased toothbrushes, toothpaste, soap, razors, candles, lighters, flashlights, and hand-warmers. I also bought dozens of non-perishable food items like crackers, soup, nuts and candy bars, to name just a few.

Just search Google and you will find many articles and YouTube videos on the topic of prepping at a dollar store, such as this one at Apartment Prepper.

Dollar stores are great places to get lots of supplies for not a lot of money. It’s really about volume when one is focused on preparing for a time when stores may no longer be stocked. It has to be.

You’re going to have to grow some of your own food. Did you know that there’s a franchise that specializes in designing and setting up organic fruit and vegetable raised planter gardens?

Gro-O is the name of the franchise, and they’re big on education. You can attend a garden party at one of their locations where you learn how to set up your organic garden.

Once you’re done learning how to grow your own food in an organic garden, you can go to the Gro-O website and purchase a few GroEasy Redwood Planters. These raised planter boxes are portable and easy to assemble. Bonus: No hardware or tools are needed.

Beef jerky is one of those food items that has been around since before refrigeration. And it is a food of choice for many preppers and survivalists, as well as campers, hikers and others who spend time outdoors. From YummyJerky.com:

“Generally speaking, commercially produced, vacuum-packed beef jerky has a shelf life of at least one year without refrigeration. Under ideal storage conditions, some varieties of beef jerky can last for two years or more.”

That’s why I paid a visit to The Beef Jerky Outlet, a young franchisor that specializes in tasty, high-quality beef jerky. Whether your local area could sustain a retail outlet specializing mainly in one niche product like beef jerky (and related items) is something to investigate.

These are a handful of the more mainstream franchises available that have overlap with the prepper market.

Some products popular with preppers, such as Berkey water filtering systems, are sold through distributor arrangements. As a distributor, you have whatever rights you get under the distribution agreement you sign.  Here again it is not a franchise. You’ll get less training and systems support than with a franchise.  As a distributor you are expected to already know how to sell product.

I’m not saying that a non-franchise opportunity is either right or wrong, better or worse.  Just understand the differences from a franchise.

Joel Libava is the Franchise Expert for Small Business Trends. Joel, The Franchise King®, equips today’s prospective franchise owners with time-tested, proven techniques designed to increase odds of success. He does this through one-on-one coaching, and gobs of useful content that can be found on places like Small Business Trends, SBA.Gov, and his award-winning franchise blog, The Franchise King Blog . He’s been featured in Entrepreneur® magazine, and is frequently called upon by national media outlets and publications for his no-spin insights into the world of franchising.
24 Reactions
Subscribe
Follow @smallbiztrends
RSS LinkedIn Pinterest iTunes