Richard White of UserVoice: Customer Retention is EVERYTHING When You Run An Online Service

UserVoice, creators of a platform that makes it easier for 150,000 companies of all sizes to respond quicker to customer needs and gather more feedback from them, was recently named winner of the 2013 CRM Idol contest.  CRM Idol is an annual competition among emerging customer-facing tech companies. The winner is selected by a panel of judges, experts and influencers in the CRM space, as well as by the online community of voters.

Richard White, CEO and Founder of UserVoice, shares his thoughts on how a small company can scale and build great relationships with thousands or hundreds of thousands of customers. He also talks about the role speed plays in keeping customers happy. And most of all, he explains how when you run an online software service or mobile app, how customer retention is paramount.

Small Business Trends: Tell us a little bit about what UserVoice does, and a little personal background. 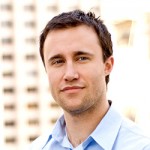 Richard White: My personal background is really what I call design engineering. UserVoice came out of my struggles as someone who is a designer, working on software-as-a-service [SaaS] applications. I started working on SaaS applications at Y-Combinator companies back in 2005, 2006.

Even back then we really struggled with the same problem we’re trying to solve with UserVoice today.  That is, how do we have conversations with our customers at what I call web scale?

How do you support those users? But how do you also go beyond support, and actually have a good grip on what do our users want to do, how can we improve the product?

In SaaS, retention is everything — not necessarily acquisition. I mean acquisition is important, but retention’s what can we do to build a really big business.

Part of retention is customer care and support.  But a bigger part of that is building the right product. A big part of that is understanding how to get feedback from users, and not just a vocal minority but a representative sample of your user base, and build the best product you can for them.

Richard White: Traditionally, when you have a customer portal, a customer community, a survey, these things are only done off-app. What I mean is it’s a separate site. There’s a link in your footer that takes you off to another site, and that’s where you get help.

Or there’s an email that goes out and it takes you to a link, it takes you to the survey, and that’s where you get the feedback. Our main problem with those kinds of approaches is that we know that were someone to click a link in a footer, if you take them to another site, you lose so much of your audience.

That can be a web app or a mobile app. If you’re getting feedback, we want you to get it in-app. If someone has a problem, we want them just to be directly on that page, click a button, fire off that message, read a knowledge base article, you name it.

Small Business Trends:  Please explain the impact that in-app has.

Richard White: One of the first things we built with UserVoice were these little feedback tabs to put on the side of websites. We did that back in 2008. We built that because we found that people were just putting links in the footer that said, “Give us feedback.”

The biggest problem we had was people clicking through those links and going off to the third party site. We wanted to give them a brain dead, simple way to tell people you really care about feedback.

That helped. With our latest batch of feedback, we’re doing various different approaches to really get feedback. You can think of these as almost single question surveys in your app. Do you like this idea or this idea, how would you rate us, etc. etc.

We’ve seen in some cases a 700% improvement in the percentage of users engaging. Because what we find is when people have to have all this motivation to click off to a third-party site, you’re only going to get what I call a vocal minority. Only the most passionate people will go off.

That may not always be the people you want to be listening to. The people that are really angry, or might be just your super-early adopters. Maybe you want to say hey, this quarter we want to focus on the feedback we’re getting from our customers paying us over $100 a month that have been with us for six months.

We get I think about 7X the number of people engaging when the mechanisms are in-app, and we get just as much depth of engagement.

Small Business Trends: As subscription services grow, that means that people are going to have to really be into what customers want, and that means being able to effectively get the feedback on a continual basis, correct?

Richard White: The primary concern we’re trying to deal with is 3% of our active users at any given time are contacting us for support. How do we stay on top of that?

We provide them some ways to do that. In some cases we’ve seen about 50% of inbound requests get an auto-suggested knowledgebase article, or an auto-suggested piece of feedback from another issue. It will deflect that issue, and you won’t have to have a live person respond to it.

We can provide context to the agent and make it so they can answer the question very quickly. One of the things we’ve found is that when it does get to the agent and they are responding to it, in a web world, in the real time world we live in, people value expediency. They want an answer quickly.

We focus on agility. We have a huge ratio of end users to support agents.  We take this approach that we try to make it as email like as possible, and we have very simplistic opener, close statements. If you respond to a customer, we assume that if the customer still needs help, they’ll contact you back.

This is different than the traditional resolution tracking and all these things. If you’ve got customers that are paying you thousands or tens of thousands of dollars a month, maybe you should take the time to follow up with them and make sure everything gets closed and everything gets resolved.   But in a consumer environment, that’s just not possible. That’s not scalable.  We’ve never really gone to a company that’s consumer-focused – that doesn’t have customers that are paying thousands of dollars a month – and seen them track resolution times effectively. We just don’t think it’s possible in the consumer environment.

What we have seen in the stats we do show is you get a disproportionate number of kudos if you respond within 15 minutes.  In this agile world of support that we really try to support, we focus on response times.

Resolution times are something that we think are more of a legacy concept, or more of a concept for when you have a much smaller user base, paying you much more money per person. Then maybe it’s worth tracking. To the average web app company, and especially for the average mobile app company, it’s not a good use of your time and energy.

Small Business Trends: What impact do you think Amazon’s “Mayday” button may have on customer service going forward?

Richard White: Mobile apps are three to four years behind the Web in terms of customer care and in-app customer feedback. No one really put a lot of effort into it.

Up until about 12 or 18 months ago, most of the revenue in app stores — and you’re talking about retail — but most revenue in app stores was from paid apps. Once you bought the app, there was very little incentive for the company to try to support you (as the customer). They’ve got your money, they’ve got maximum value from you.

Now in-app everyone’s shifted to free-to-play in gaming and freemium for SaaS apps. You have the same problem you have on the Web, where only one in 10 people are going to convert with all of your app installs to a paying version, but you don’t know which one in 10 they’re going to be. You have to support all 10 of them.

We see how quickly we as humans habituate new technologies. The iPhone is great for about two years, and then we’re all bitching about how slow 3G is. I think what you’ll see is gosh, look how great it is to shop on Amazon, it has a “Mayday” button. Why don’t we have a “Mayday” button on every website?

I think there are economic reasons why people are already starting to invest in better in-app customer care and customer feedback in mobile apps, because of market dynamics. I think things like this sometimes have an even greater effect, because they change the customer’s perception of what’s possible, and raise the bar on what you should expect.

Richard White: Uservoice.com. We’ve got all of our stuff on there. If you’re also interested in these topics, we run a conference twice a year. Next one’s going to be May in Chicago.