Startup Story: Finding Gaps in a Market Can Happen Purely by Chance 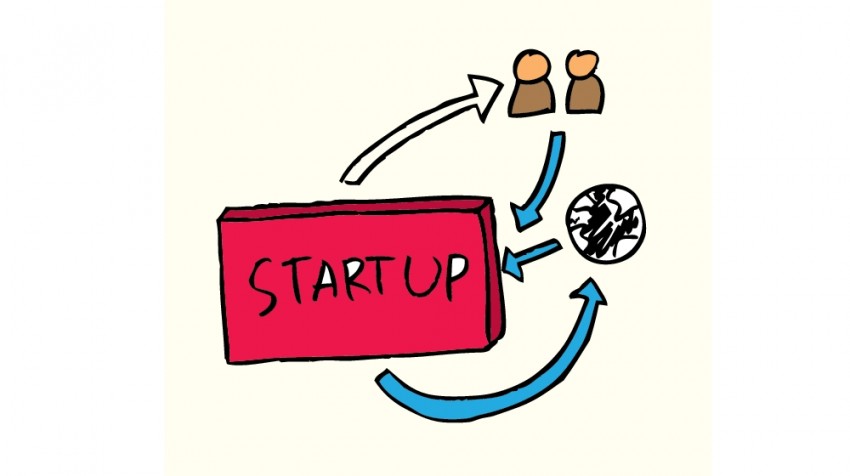 Successful entrepreneurial ventures are often based on business solutions and ideas that strive to plug a gap in the market. Once you identify the gaps and pain points, you work towards solutions and formulate a business idea.

And most often, finding the gaps in a market happens purely by accident rather than by design. It was also by chance that Ronnie Guha came upon the market for GeoLoqal, a mobile platform-as-a-service for location-specific applications.

Ronnie Guha, the co-founder of GeoLoqal, is a Chemical engineering graduate from the Indian Institute of Technology. He is a self-confessed geek and has spent more than half of his 15-year career selling professional services and solutions at companies like IBM, Informatica, Oracle/BEA, and VMware.

The story begins when Ronnie was testing out his parking finder app, SpotNPark. This real-time, geolocation-dependent app would crowd source street intelligence about parking and sell the info to drivers looking for parking. This app was targeting the biggest cities in the world where parking is a nightmare. While programming this app, Ronnie had to constantly walk/drive around the streets to “field test” the app – a major waste of time and money.

Ronnie realized that while millions of apps were being developed, none of the platforms provided a robust, scalable way to simulate and test user motion or geolocation worldwide. There is a distinctive shift towards location-relevant services, products, and apps. And before releasing, location-based apps had to be field tested. TeleNav and a few large Indian outsourcing firms he talked to confirmed that they either invested in field testing or won large field testing contracts.

He saw a gap in the market that he could capitalize on.

Ronnie next reached out to a former colleague, Amiya Mansingh who was the founder of Cobi, a consulting firm. They had both worked together for four years at a consulting firm. Amiya had built about 40 mobile apps and GIS (Geographical Information Systems), big data and fast data related fields with some fortune 500 companies. He had built the GIS extension for Aster Data and had a very good grasp of the complexities involved with GIS computation/calculations. He was one of the few that had worked on projects that involved segmenting the entire USA in 100X100m geolocation tiles and running risk calculations based on such tiles.

He understood the concept and the need for a platform like GeoLoqal – that is how GeoLoqal was born.

Amiya and Ronnie financed the company for the first couple of months with their own funds. They then took on big data consulting projects to bootstrap the company with services revenues. They went live with the product in January 2013. With a freemium model, they soon had about 300 users. As conversions became a challenge, they transitioned to a per device pricing model.

Currently, GeoLoqal is focusing on enterprise customer acquisition. After the first few enterprise sales, it will aggressively target the profitable verticals through partner channels and OEMs. Its current revenue is at $100,000 and it expects to be profitable in the first quarter of 2014.

The main value-add that GeoLoqal offers is that powerful location-based solutions can be developed without investing in development/testing, which in turn significantly reduces the time to market for mobile application developers. Although iOS and Android provide geolocation simulation, they provide limited capabilities. Developers would still need to understand complex fundamentals like KML, GPX files to simulate locations.

GeoLoqal hopes to remove these complexities and reduce the cost as well as effort involved in field testing of location-based applications.

GeoLoqal is also working on a location-based marketing platform that will allow marketers to create hyperlocal, geotargeted SMS marketing campaigns. According to a JiWire report approximately 50% of mobile, on-the-go users are willing to exchange location tracking for more relevant content and better information and about 80% of mobile users prefer locally relevant advertising.

This indicates that the SoLoMo (Social Local Mobile) trend has been gaining popularity. With Apple’s latest OS and iPhone release with iBeacon, this market is expected to pick up further and lead to increased demand for proximity marketing solutions.

As mobile gets more social and local, location-based platforms will be in play – and so will GeoLoqal that focuses on this niche.

Sramana Mitra is the founder of One Million by One Million (1M/1M) initiative, a virtual incubator that aims to help one million entrepreneurs globally to reach $1 million in revenue and beyond. She is a Silicon Valley entrepreneur and strategist who writes the blog Sramana Mitra On Strategy.
7 Reactions
Subscribe
Follow @smallbiztrends
RSS LinkedIn Pinterest iTunes