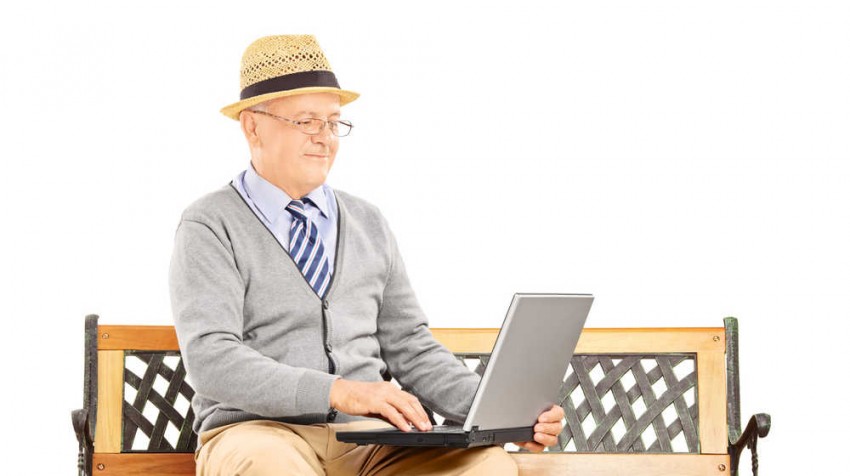 When Anant Vats was working for Infosys in Houston, he once took the bus with some friends to go to dinner in town.

Suddenly, an old lady sitting next to them asked them if they could fix her computer. Pleasantly surprised at this request, Anant asked her what led her to believe they could.

“Because you are Indian!” she said.

The incident stuck in Anant’s mind. So two years later, when he quit his job at Infosys, it was to co-found Techieworks, a venture that fixes computers remotely for seniors in the U.S. and Canada.

The need to keep in touch with family and friends is leading an increasing number of seniors to use the Internet. A Pew Research Center report says that more than half of American adults over 65 years of age are active online.

However, they are often at a loss when they encounter technical problems.

It was to solve these problems specifically that led Vats and his brother, Abhinav, an advertising and copywriting professional, to found Techieworks in 2011.

Based in Gurgaon, India, the company offers remote technical assistance services including PC optimization, anti-virus support, operating system support and troubleshooting. The company also helps with data backup, transfer of contacts and multimedia from phone to PC, application installation, home or office network setup and and other tech updates.

Techieworks is not alone in providing online tech help.

There are several remote technical support firms operating out of India. But what sets Techieworks apart is its specific targeting of the senior niche.

The company is sensitive to the needs of its ideal customers and so has evolved an intuitive, simple service model.

It offers multiple touch-points to reach out to customers eliminating the need to remember and write down numbers. It also offers chat support for customers who find it difficult to talk. And it eliminates waiting queues by allowing customers to leave a request to be called back.

The two brothers bootstrapped the company with their own funds.

They hired their first two employees in a coffee shop even before they had any office space. And they pushed themselves to be austere in their expenditures by using second hand furniture and by renting IT infrastructure instead of buying new.

The money they saved was used to build their knowledge and expertise in areas where they could gain a competitive edge. The company is currently generating revenue and profitable. And it owes this profitability to the cost-saving methods established in its early days.

So, what’s next for Techieworks? Vats says the company will continue to offer new products and services that address the needs of the senior market.

The company is not yet ready to look for external funding. And Vats says he believes that external investors take the fun and freedom out of building a company.

The founder adds that he does not harbor dreams of becoming a multimillionaire overnight. Though making more money is certainly a consideration, he says he wants to be in a situation where he can decide the kind of culture he will build for the members of the Techieworks family.

As a fan of bootstrapping entrepreneurs, I am delighted to see a company generating revenue and reaching profitability without external financing. And the secret is catering to the needs of an under-served segment.

Senior on laptop image via Shutterstock

Sramana Mitra is the founder of One Million by One Million (1M/1M) initiative, a virtual incubator that aims to help one million entrepreneurs globally to reach $1 million in revenue and beyond. She is a Silicon Valley entrepreneur and strategist who writes the blog Sramana Mitra On Strategy.
12 Reactions
Subscribe
Follow @smallbiztrends
RSS LinkedIn Pinterest iTunes