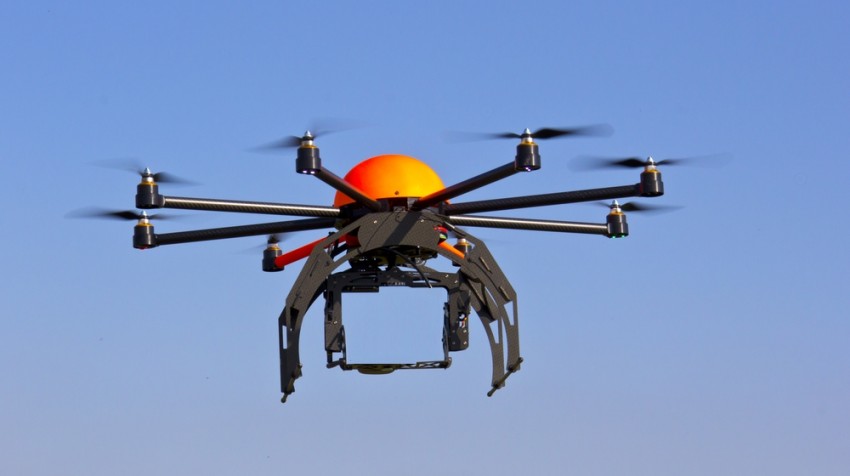 Not so fast Amazon! Earlier this week, the ecommerce giant claimed it is planning to unleash a swarm of flying package delivery drones at some point in the future.

While some may still consider the idea silly and impractical, one of Amazon’s biggest delivery partners apparently does not.

The buzz on the Web suggests UPS, which handles much of Amazon’s current delivery along with FedEx, has also been testing flying drones.

A spokesman for UPS told The Verge recently:

“The commercial use of drones is an interesting technology and we’ll continue to evaluate it. UPS invests more in technology than any other company in the delivery business, and we’re always planning for the future.”

The UPS vision for flying drones in the package delivery process seems quite different, however. One expert suggests the company is much more likely to use these vehicles to make deliveries from airport to distribution hubs, media sources report.

Earlier this week, Chris Ciaccia of The Street, speculated UPS and FedEx would not sit still and watch a major customer cut them out.

Still others maintain the idea is simply impractical and won’t save money or improve efficiency at all.

Instead, Wohlsen insists Amazon’s announcement had more to do with an effort to dominate the news cycle. The announcement broke in time for Cyber Monday, one of the most important shopping days of the year.

And others in the Small Business Trends community have suggested additional ulterior motives.

Lower Costs Are Good For Business

Whatever the outcome, small businesses are probably better off with shippers like UPS and FedEx also looking at cutting costs.

Lower costs and higher efficiency for these companies means small businesses that need to ship to customers won’t be left out in the cold.