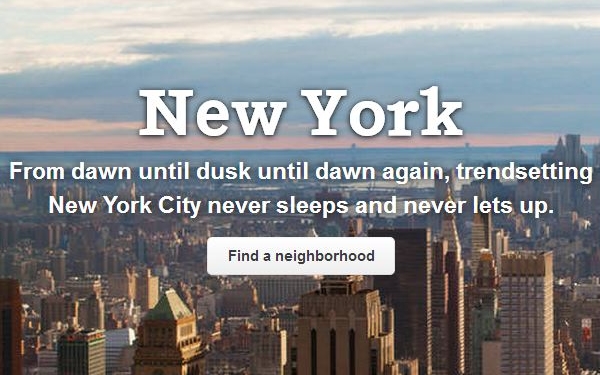 Airbnb, the company specializing in helping people rent out their apartments and spare rooms online, has reached 10 million stays. The news is big enough for those who rent out places in over 34,000 cities and 192 countries using the website. (Airbnb calls them “hosts.”)

But the company’s mammoth success can also teach an important lesson to the smallest entrepreneur: Don’t just build a business, build an economy.

What eBay once did for the reselling community, Airbnb has done for those who need to make a little extra money by renting their home, apartment or other space out by the night.

But the company’s growth has not come without cost.

In cities like New York, Airbnb “hosts” have faced legal hassles due to strict rental codes which bar anyone from renting in the city for less than 30 days (unless they are staying in the dwelling as well.)

Surprisingly (or not) Bloomberg Businessweek, owned by former New York City Mayor and usually business friendly Michael Bloomberg, has even taken the company to task.

The publication has dismissed Airbnb’s claims that it attracted 416,000 visitors to the city between August 2012 and July 2013. That’s only 1 percent of the total number of people who visited New York over the same period, Bloomberg BusinessWeek points out.

The publication concedes that Airbnb guests may spend more time in the city than the average hotel guest and spend on average $1,300 in the local economy. But it also complains that Airbnb hosts who may rent their apartments to strangers as many as 48 days out of the year are creating a hardship for their neighbors.

Airbnb has been successful in mobilizing its community of users for support. For example, in December the company posted a YouTube video. In it, local hosts invited incoming mayor Bill de Blasio and his relatives to stay with them when visiting the city for his inauguration.

In a post on Airbnb’s official blog in October, Co-Founder and CEO Brian Chesky insisted most of the company’s critics simply didn’t understand. He explained:

“In New York, our 15,000 hosts are regular people from all five boroughs. Eighty-seven percent of them rent the homes in which they live. On average, they are at the median income level and more than half of them depend on Airbnb to help them stay in their home.”

Chesky describes this group and those like them as part of the “sharing” economy, one in which everyone can participate. Chesky and Airbnb Co-Founder Joe Gebbia don’t just foster this community. At one time, they were part of it, he says.

The two came up with the idea for Airbnb while roommates in San Fransisco after they blew up some inflatable air mattresses and rented out space on their floor to make the rent.

Hopefully your business won’t skirt the law or encourage others to do so. But Airbnb’s success is also an example of how to go beyond serving a customer base. Find an economy to serve or build one yourself.