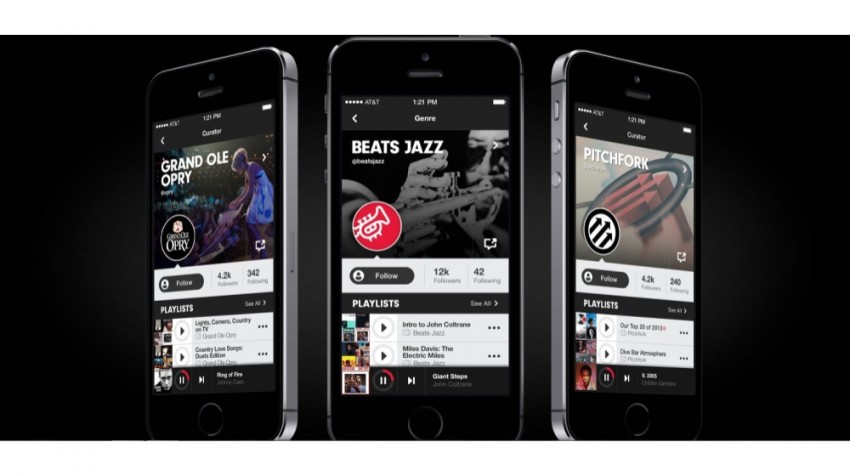 The new digital music subscription service Beats Music launched this week for iPhone, Android and Windows Phone. The new service’s greatest distinction from competitor Spotify may be that there is no free version (all subscriptions are $9.99 a month) beyond a brief trial period.

But the launch of yet another of these services may also mean the streaming music model is beginning to replace music downloads. (Think Apple’s iTune store, for example.)

It may be too early to call it a trend. But, last year in the U.S., downloads of single tracks were down six percent and downloads of albums were flat. It’s the first time digital download sales have decreased, Recode observed.

Meanwhile, the streaming of music was up by 32 percent — presumably from sites as different as Spotify and YouTube.

The big question may be whether or not customers are willing to pay for the service, something artists and entrepreneurs will need to make the business model work.

“For years and years, people have predicted that subscription streaming music services would eventually overtake paid download services in the hearts of average consumers. The theory was that people would rather pay monthly for access to all the music they could want, than pay song by song or album by album to own particular music.”

“Beats Music is based on the belief that all music has value and this concept was instilled in every step of its development. We want it to be just as meaningful for artists as it is for fans. We’re committed to providing revenue to artists, while helping to strengthen the connection with their fans.”

The service seems to be a hit with users. The site has already been overwhelmed with traffic in its first week.