Chrome Cracks Down on Extensions for Adding Unwanted Adware 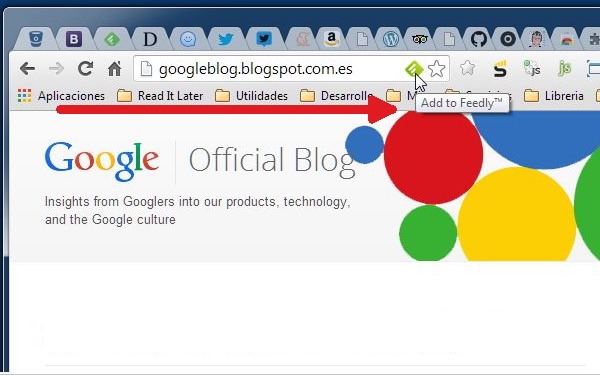 Google has removed “Add to Feedly” and one other Chrome extension from its app store for improperly loading ads to users’ computers. A new version of “Add to Feedly” has since been restored to the Google Chrome Web Store. A single user review claims it now works without serving unwanted adware.

Google took action against “Add to Feedly” and another app “Add to Twitter,” after recent complaints by users, the Wall Street Journal reports.

Personal technology columnist Amit Agarwal wrote on his website that he created “Add to Feedly,” a few lines of code, so users could add RSS from websites easily:

“When Google decided to pull the plug on Google Reader, I quickly made the switch to Feedly since it was (and still is) the best alternative to Google’s RSS Reader. The one important piece that Feedly did not offer was a Chrome extension that would let users subscribe to RSS feeds on any web page with a click.”

Later, Amit says he was approached by a potential buyer and agreed to sell the app, but now regrets that decision:

“One morning I got an email from someone ( I tried Googling her name but it returned no results ) asking me if I would be interested in selling the Feedly Chrome extension. It was a 4-figure offer for something that had taken an hour to create and I agreed to the deal. I had no clue about the buyer and was also curious to know why would anyone pay this kind of money for such a simple Chrome extension.”

The result? The new owners apparently added code which turns the links in every page a user visits into spammy affiliate links.

We’ve had our own experiences with browser extensions that carry unwanted adware here at Small Business Trends. CEO and Publisher Anita Campbell explains:

“The problem with unwanted adware and Google Chrome extensions has been an issue for a while now, but recently adware developers have gotten more aggressive. They have started buying up browser extensions from original developers, just so they can fill them with adware. In December we got hit with the Conduit extension that added unwanted adware via my browser on various computers, for every site I visited. I first discovered it when I went to Small Business Trends and noticed annoying ads I had never seen before. I knew we hadn’t placed them there. Turns out, they weren’t in our own site, but were in my browser and it just ‘seemed’ like they were in my own website. I had to take several steps to delete the unwanted extension, clear cookies and history, and reboot.

Some have called these extensions viruses, but they are not really a virus. I would describe them as aggressive and unwanted adware.  So if you suddenly start seeing lots of annoying ads, take a close look at the extensions to your browser. It’s not just Chrome that’s affected, but some of these adware injections also affect Firefox.”

Google recently rewrote its guidelines to prohibit developers from using such tactics when adding extensions to the browser.