How Creating a Company Vibe Keeps Everyone Connected To Your Purpose 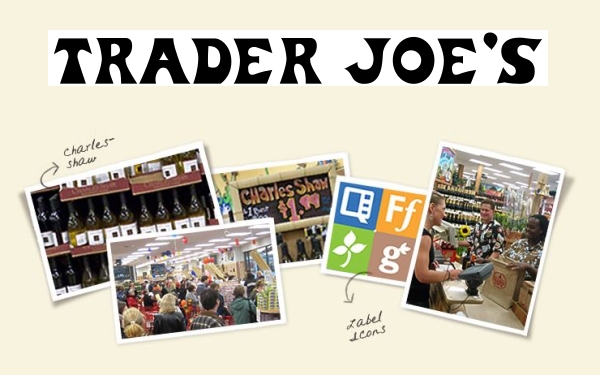 In the early 1970’s, Trader Joe’s Founder Joe Coulombe, who owned a small chain of convenience stores in Los Angeles, began struggling from the success of his newest competitor – 7-Eleven. Coulombe began to lure customers with what was then considered specialty foods, such as Brie cheese, Dijon mustard and wild rice. Inspired by the lure of these new “exotic” foods, his love of travel, a book he was reading called Trader Horn and a trip to the Caribbean, Coulombe created the recipe for Trader Joe’s grocery stores.

Wanting customers to feel they were going on an excursion for food, he decked out his stores with rustic and nautical décor. He named store managers “captains” and assistant managers “first mates” and dressed employees in Hawaiian shirts. Coulombe then began creating products to take customers’ taste buds on a journey around the world.

Donning that Hawaiian shirt puts Trader Joe’s employees into character, reminding them that their job is to transport customers to a relaxing and lighthearted experience in the stores and with their products. Clarity and consistency at Trader Joe’s – all the way down to those shirts – keeps them hiring and retaining people who find it part of their natural DNA to deliver a laid-back island vibe and a fulfilling shopping experience.

Trader Joe’s describes itself as:

“Traders on the culinary seas, searching the world over for cool items to bring home to our customers.”

That means that everyone’s a part of the journey, from crew members in the stores to the CEO.

Employee Turnover at Trader Joe’s Is Only 4 Percent

Trader Joe’s is so emphatic about building a culture consistent with the fun of wearing that shirt that former CEO John Shields would tell new crew members that if they were not having fun at the end of their first 30 days to please resign. They don’t want anyone to stay who can’t “own” the vibe of the personal, lighthearted and happy service you’d get at a roadside stand for juice in the Caribbean.

For example, a June 28, 2008 blogger explained how the person bagging her groceries noticed that a package of salmon wasn’t sealed correctly. He swiftly sprinted to get her a sealed replacement. This is the Trader Joe’s vibe. The automatic sprint to get some new fish and a smile as an extra, second piece is also then tossed into the cart. Delivering on it attracts and keeps its valuable workforce. Voluntary employee turnover is only 4 percent, the lowest in the grocery industry.

So what can you do to remind employees of the vibe of your company? More important, do you have a vibe?

Many beloved companies have a certain energy that defines them. At Trader Joe’s, employees wear Hawaiian shirts and deck out their stores in rustic décor. The kitschy environment and attitude makes it hard to take themselves too seriously.

Do you take yourself too seriously? Because even beloved companies all laugh at themselves at times. Beloved companies have a certain personality that marks them in their customers’ memories.

So what’s your company vibe?

Jeanne Bliss is the founder of CustomerBLISS; a consulting and coaching company helping corporations connect their efforts to yield improved customer growth. Her best-selling books are; Chief Customer Officer: Getting Past Lip Service to Passionate Action and I Love You More than My Dog: Five Decisions for Extreme Customer Loyalty in Good Times and Bad.
2 Reactions
Subscribe
Follow @smallbiztrends
RSS LinkedIn Pinterest iTunes