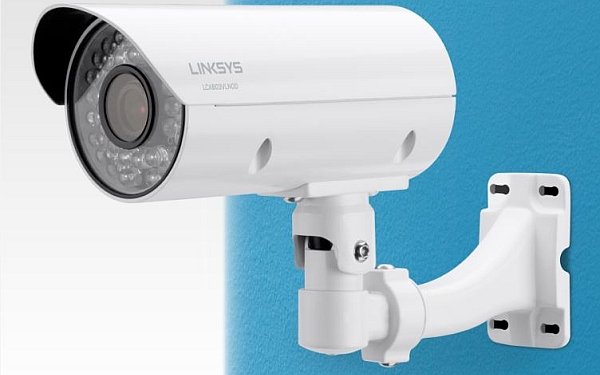 After re-entering the SMB market back in November of 2013, Linksys has launched more products for the small business market.

If you are concerned with or in charge of security in your business, the new Linksys products are designed for you.   These Linksys products include four surveillance camera models, including indoor and outdoor models.  Depending on the model, the camera features include night vision, weatherproofing, vandal-proof housing and zoom, pan and tilt features.

Most of us have seen a  television show about how surveillance cameras may not actually record — or else the recordings are quickly written over, making them not quite as useful later in the event of a loss or crime.  Linksys deals with this issue via a new network video recorder.  The recorder can do remote and live monitoring, along with playback and recording.  Up to 8 terabytes of storage can be handled. You can also record up to eight video feeds simultaneously.

The video recorder will be available starting in February at an MSRP of $799.99.

Linksys will be selling the products through dealers and distributors, and provides a locator on its small business site to find a distributor.

Linksys is headquartered in Irvine, California. It was founded in the late 1980’s and is currently owned by Belkin, which bought the brand from Cisco back in early 2013.

Today Linksys provides connectivity products including routers, switches and WiFi cameras.  The company’s surveillance products are an extension of its mission to assist businesses with security, both digital and on-premises, in a scalable manner suited to growth oriented small businesses.